The acclaimed city-builder Pocket City has received a new update which aims to improve the late-game experience by adding two key features.

First up, you'll now be able to unlock new areas around your main city on which to build additional cities. Boosting income in one city will also increase income in all other cities within the same region, giving you a fresh way to make extra money.

Each city within the region will earn an extra 25% of the combined income of all other cities. Interestingly, neighbour cities also come bearing unique effects which differ depending on the land type they're built on.

Another neat new addition is policies. These function as upgrades which can be purchased using points earned from levelling up. They're said to offer a variety of useful buffs and effects.

In terms of smaller changes, you'll now be able to build rails on top of any road. This means you won't come up against problems trying to build rails that "turn" on top of a road. On top of that, new transit stats are now viewable from the traffic screen. A number of small bugs have also been addressed, and you can see the full patch notes over on the game's official site. 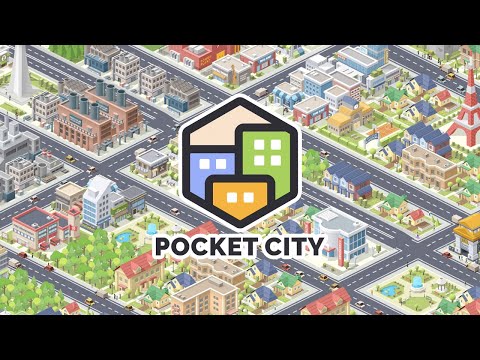 Emily reviewed the game at launch, saying "Pocket City is a fantastic addition to the city-building genre with slick gameplay, speedy progression, and that 'just five more minutes' feel", before awarding it a gold rating.

The game does a great job of easing you into the experience, so it works well as an introduction to the genre for those concerned about overcomplex features or a steep learning curve. If you fancy giving it a go, you'll find Pocket City available for download now from both the App Store and Google Play.

New iOS and Android games out this week: Pocket City, Radiant One, Math and Sorcery, and more