Disney Magic Kingdoms has now received a sizeable new update which adds a ton of neat Star Wars content to the casual park management sim. It arrives just in time for the release of Star Wars: The Rise of Skywalker in cinemas.

With reviews for the film now live, it's clear that there's a decent chance Tom Hooper's Cats may end up releasing to a warmer critical reception than what is said to be the final instalment in the Skywalker saga. I welcome such chaos with open arms.

Regardless of what you make of the films or even Disney Magic Kingdoms, you have to admit that it's always nice to see Adam Driver appear in anything. That's my main takeaway from all this, honestly.

For fans of Magic Kingdoms, I suppose this is indeed quite exciting. The Star Wars update introduces iconic characters and locations from the totally uncontroversial series. You'll also be able to take part in a new limited-time event to celebrate the release of Rise of Skywalker.

You'll welcome the loveable R2-D2 and horrid C3PO into your park, then begin to populate areas themed around the likes of Hoth, Endor, and Jakku with fancy attractions, concessions, and themed decorations. You'll have the option to add the X-wing Simulator or Resistance Speeder attractions, which both sound quite cool. 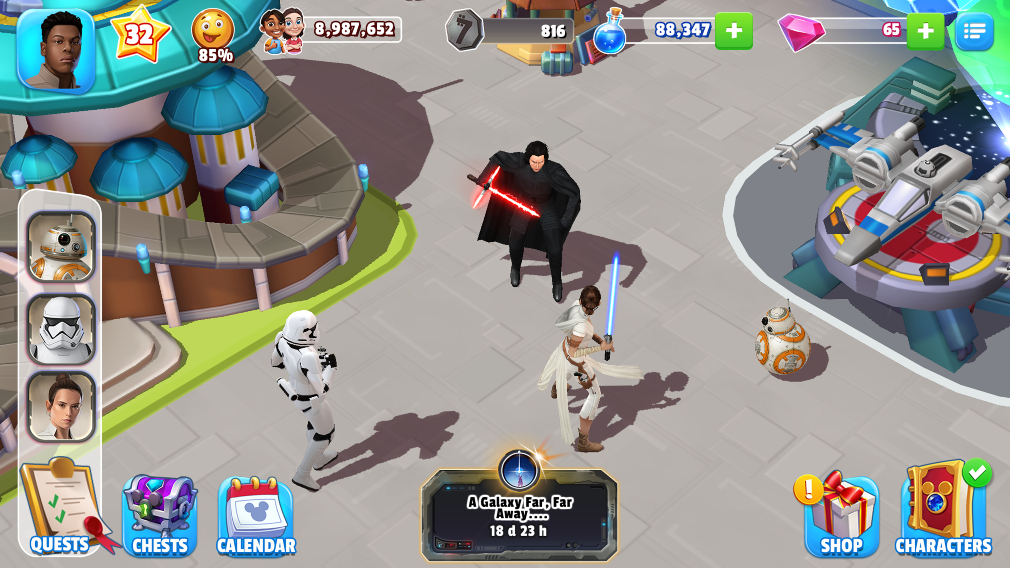 New shops are now available for you to run such as Lightsaber Stands and, naturally, a Blue Milk Stand. The limited-time event will take place from tomorrow, December 19th, to January 14th, 2020. It'll allow you to bring seven fresh characters into your parks: Rey, Poe, Finn, BB-8, General Hux, a First Order Stormtrooper, and Kylo Ren. During the event, you'll work to help the Resistance push back against Kylo Ren and the evil First Order by completing special missions.

Gameloft's Disney Magic Kingdoms is available right now over on both the App Store and Google Play.