Mutazione is up for the MGA's Game of the Year, and you should play it right now

The mobile space is no stranger to narrative games. The simple act of playing out a story, without too much requirement for graphical horsepower or impressive effects, is ideal for the relatively low-powered world of mobile gaming. But seemingly in spite of that, Mutazione manages to achieve a beautiful art style that betrays the platform. Similar to the critically acclaimed GRIS, Mutazione uses a flat, simple 2D art style that can be pushed to achieve something beautiful even on low powered platforms.

The world of Mutazione is one where the mainland tells stories of monsters and mutants that were a result of a mysterious disaster, but the mainland is disconnected from the reality of the atrocity. You, a young girl named Kai, leave your somewhat inept mother behind on the mainland and head out to the zone where mutants live after the disaster. Her grandfather is there, intensely ill, and believes you to be far more important than you may know. 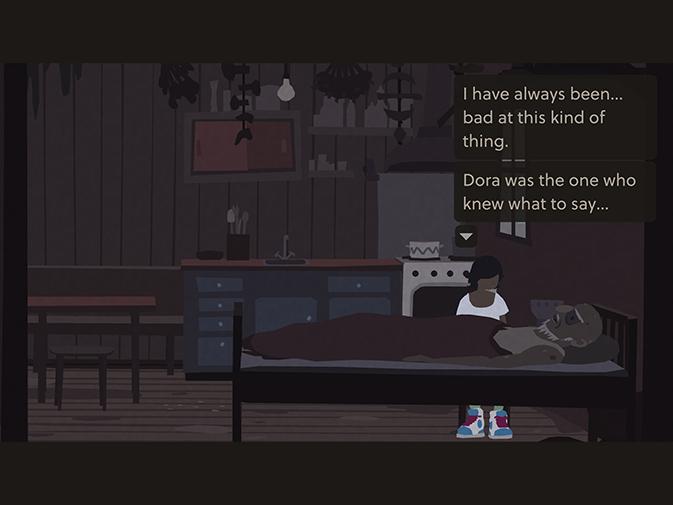 It's clear from the outset that the journey Kai undertakes is one which will see the young girl have to step up to much greater responsibilities and tackle the naivety which she brought with her. The mainland may tell stories of monsters and mutants, but the reality isn't something that is understood unless you see it for yourself.

Many of the mutants live peacefully now, performing jobs and living just as if they still looked like any other human, but there's a level of self-deprecation in their dialogue which makes them somehow pitiable.

When you begin playing Mutazione, the story will carry you through the early sections, but as the mysteries deepen, you will find yourself just marveling at the environments and creatures you come across, all thanks to a wonderfully simple, yet charming art style. 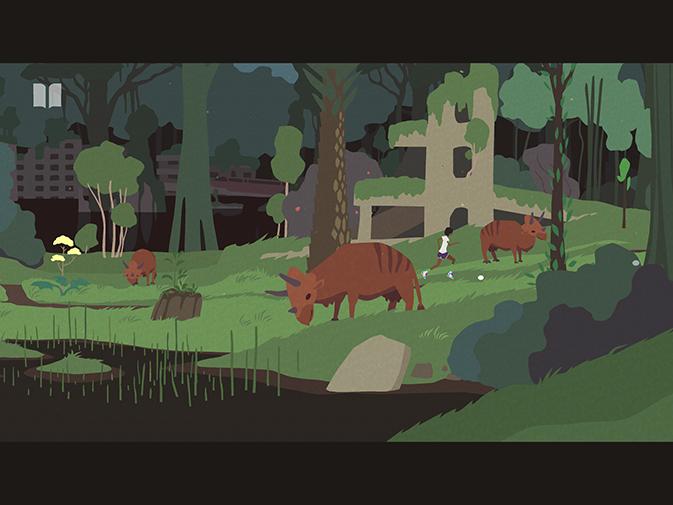 The world of Mutazione is brought to life with an art style resembling a paper crafted world. The background and foreground layers shift against one another, and there are no harsh black lines outlining environments, instead, the saturation and colour choice make shapes and layers distinct.

It's a beautifully effective visual style, one which makes Mutazione stand out against many other mobile games from this year. Perhaps the visuals aren't quite on the level of GRIS, but the game is oozing charm and is clearly made with love.

Mutazione isn't actually a game I was aware of until it was nominated for the Mobile Game Awards' Game of the Year, but I am so glad I have played it. If you missed out on Mutazione just as I did, make sure to rectify that and play it right now.