You'll also be able to donate cards to guildmates

Warhammer Age of Sigmar: Realm War has recently been updated to version 2.0. As is often the case with .0 updates, this means significant changes have been made to the game with Leagues, Seasons, Victory Rewards and Card Donations being added to Pixel Toys' strategy title alongside three new units.

The new League system has been created to give the more experienced Realm War players new goals to strive for. After Realm 6 players will be automatically be added to Leagues. They'll start at Contender I and battle their way up to Ultimate Warlord. The higher their rank, the better the rewards they'll receive.

Player's rank will reset every season, so players will have to climb as high as possible before the culmination of that season. During that time players can earn Victory Rewards, which is a scaling reward system that offers free rewards for all players and better bonuses for those who have purchased a Season Pass. So, it's a Warhammer Battle Pass, basically.

Finally, if you're in a Guild you'll now be able to donate cards to your fellow guildmates so long as they've already unlocked them previously. This will allow you to help your Guild increase the strength of their various units and they can also return the favour too. 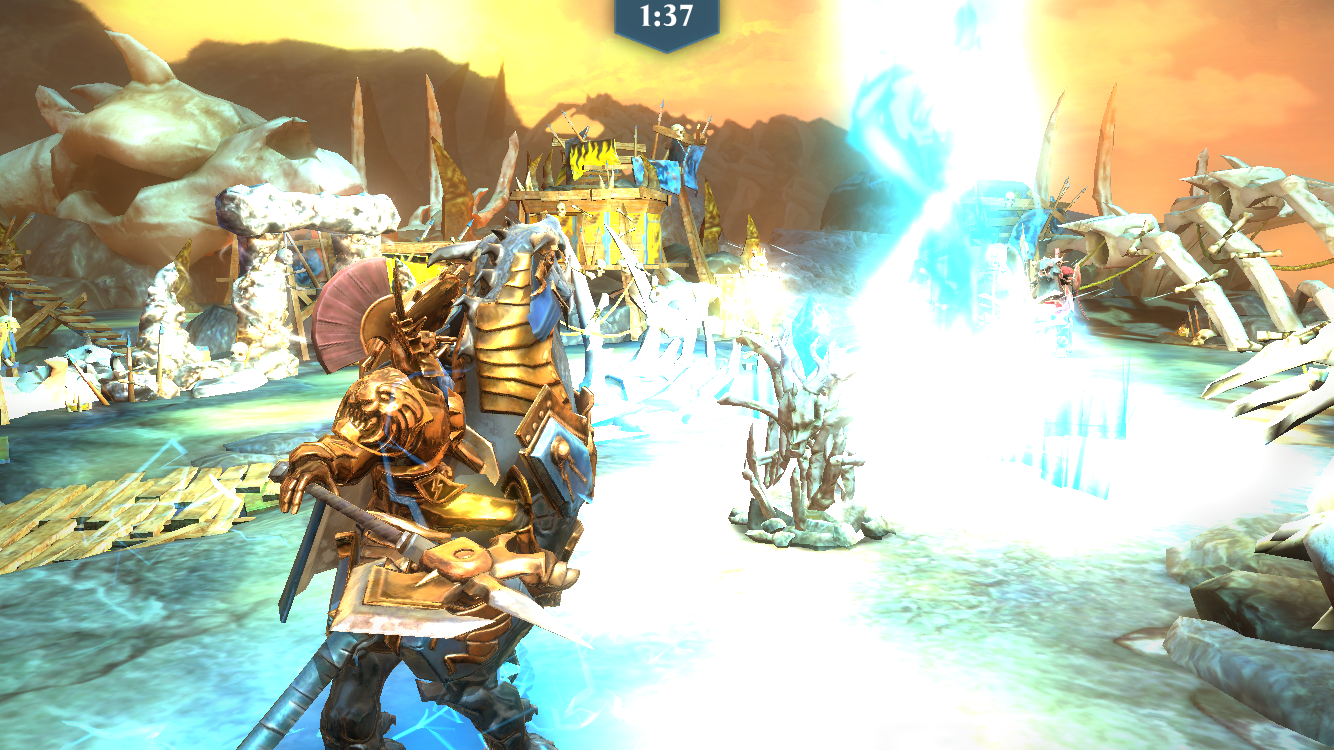 In addition to all these new features, there will also be three new units added to the game. These will be Lord-Castellant, Lady Olynder and Icefall Yhetees. The first two, as implied by their regal titles, are Legendary Heroes.

Castellant passively increases summoning energy whilst Olynder can summon her loyal Handmaidens anywhere on the battlefield. Meanwhile, the Icefall Yhetees are a Rare Troop that cause freezing whenever they swing their weapons at foes.

Warhammer Age of Sigmar: Realm War is available now on the App Store and Google Play. It is a free-to-play game with in-app purchases.