Little White Rocket is a one-touch controlled game that's designed to be atmospheric and relaxing. It was previously released on iOS back in November and now it has landed on Android devices too.

It's a game about searching for home where you'll float through space solving easy-going puzzles as you progress through your adventure. The whole game is controlled through one-tap controls where you'll repeat the process of spin, aim and fly.

As you can see from the trailer it looks very simple. You'll be directing the rocket ship towards little nodes that have their own gravitation pull, once you're inside that pull you'll rotate around that node until you pick a new direction for the rocket to jet off in whilst avoiding a few obstacles on the way.

It doesn't look like it'll be a particularly challenging game and that's supposed to be the point. Whilst you're floating through the outer reaches of space you'll have poems written by a chap called Laurence O'Dwyer narrated to you in an attempt to create a meditative experience. 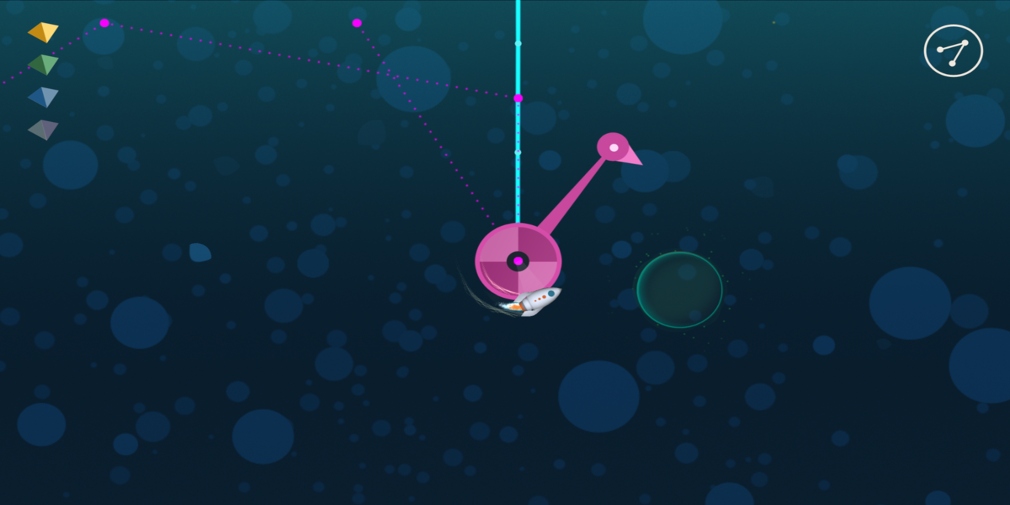 Magnus Olsson, the developer of the game, has a pretty impressive indie game background under his belt. He previously worked with folks from Simogo and Southend Interactive, where he worked on the XBLA game ilomilo. Similarly, his collaborator on the project, Laurence O'Dwyer is an award-winning poet, having picked up a New Irish Writing Award and the Patrick Kavanagh Award for poetry.

They started work on the game after meeting up in a bar where Magnus expressed his desire to create a game that was more calming after finding modern games to be more frustrating than enjoyable.

Little White Rocket is available now on the App Store and Google Play. It's a premium game that costs $1.99.