Countersnipe is a multiplayer sniping game that's just been released for iOS and Android. I used to enjoy these sniping type games back in the day when there were plenty of Flash games that had a similar setup. So bringing multiplayer to this style of game is certainly a cool idea.

It's a very small multiplayer game in terms of numbers. You'll take part in 4v4 matches where you'll be seeking out enemies before picking your shots. So it's kind of like Where's Wally – Or Waldo – if you blasted him the head when you found the guy.

You'll spawn in an array of locations each time and they change each match to make it harder to memorise where each location is. There are 3 maps that apparently have hundreds of potential places to spawn, so it should take players a while to figure them all out. There are also several distractions and destroyable objects scattered throughout the level so you can attempt to confuse your opponents whilst you hunt them down.

There are a variety of different sniper rifles on offer, with 25 in total that are spread across five tiers of power. They can all be upgraded in various ways and each has different attachment options so that you can find one that handles the way you'd prefer. Similarly, the agents that you play as can also be upgraded. 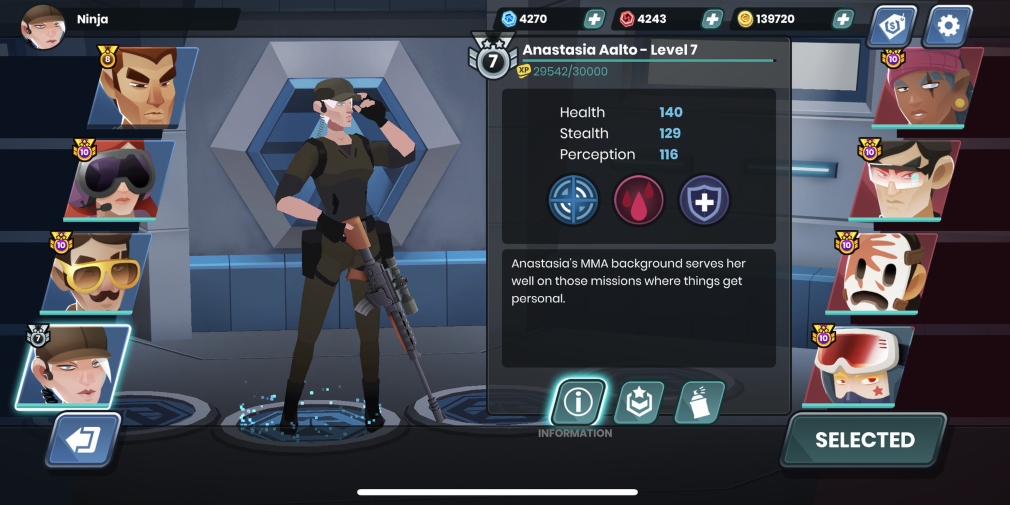 Considering Countersnipe is a free-to-play game all this talk of upgrades screams pay to win. However, the developers say that matchmaking is determined by gun tier and agent level, so hopefully, that means you won't encounter too many people that are just kitted out far better than you can. Only time will tell though of course.

Countersnipe is available now on the App Store and Google Play. It's a free-to-play game with in-app purchases.