UP Entertainment's Rima: The Story Begins has now made its way over to iOS after launching for Android all the way back in 2017.

It's a super pretty platformer with plenty of metroidvania elements thrown in for good measure. And if it looks familiar, that's probably because it bears a striking resemblance to Moon Studios' beloved platformer, Ori and the Blind Forest.

Their visual style, messaging, and core gameplay appear overly similar for it to be sheer coincidence. The whole situation reminds me of that odd Enchanted Portals game which went a bit viral earlier in the year for being a blatant Cuphead copycat.

What makes both Rima and Enchanted Portals notable as copycats is the obvious talent and love that's gone into them. These don't appear to be bottom-of-the-barrel rip-offs, but rather games that hew way too close to their biggest – and perhaps sole – inspiration.

Other than it being available for mobile, it's tough to see what makes Rima stand apart from Ori. If you're still interested, I suppose it's worth mentioning that the whole thing can be played using a gamepad of your choice. 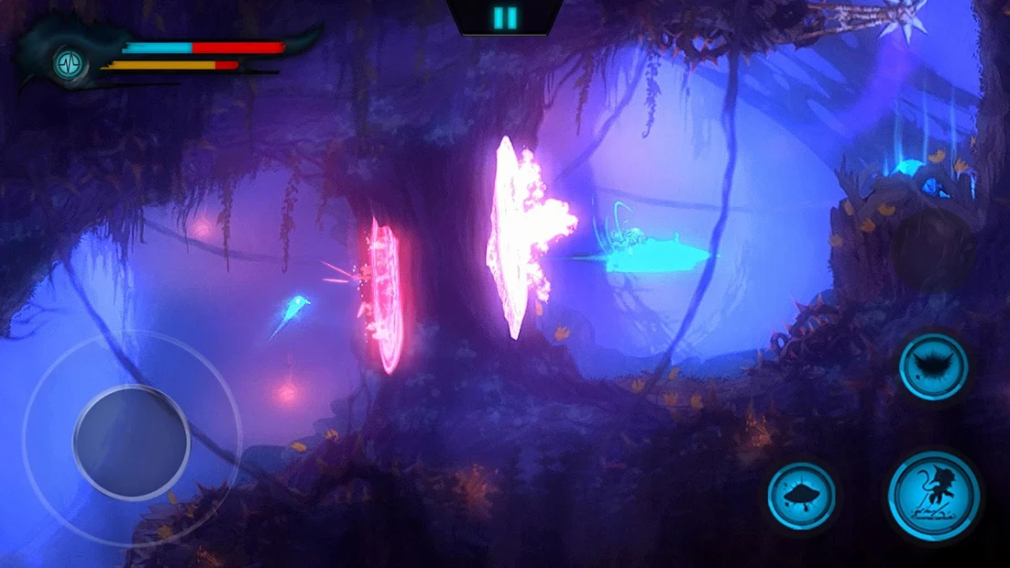 Much like Ori, you'll explore a vast forest setting, uncovering many hidden paths and secrets as you go. The story has something to do with a Goddess who sends Rima and sidekick Huva on a dangerous quest to revive the elements and ultimately save the day. Along the way, you'll encounter plenty of dangerous creatures and unlock several new abilities that allow you to explore previously off-limit locations.

The game's currently available for the price of $4.99 on the App Store. The user reviews over on Google Play are mostly positive, with – from what I can see – very few complaints regarding its similarities to Ori and the Blind Forest.