Following the iOS release in October

10tons' Undead Horde has shuffled over to Android following its release for iOS in October. We featured the iOS version in our Games of the Week round-up back when it released because we're big fans of the concept.

If you're unfamiliar with Undead Horde it's a hybrid of an RTS and ARPG where you play as a powerful necromancer who can wade into battle themselves to smite their foes down with devastating attacks.

However, if you prefer to be more hands-off you can simply raise the undead to do your fighting for you. It's similar in concept to Pikmin or Overlord where your troops will loyally follow you about the battlefield and will attack anything you demand them to.

There's also procedurally generated loot to be found too that can give a variety of buffs to the necromancer you play as or to the hordes of the undead that loyally follow him. There are also different weapons that he can wield to discover too, which might determine how much you want to rely on your minions versus waltzing into the fight yourself.

The game also has a few RPG elements beyond t his that will allow you to upgrade your necromancer's abilities. For example, you can increase the number of undead you'll be able to control at once, giving you access to a larger and therefore numerically more powerful army. 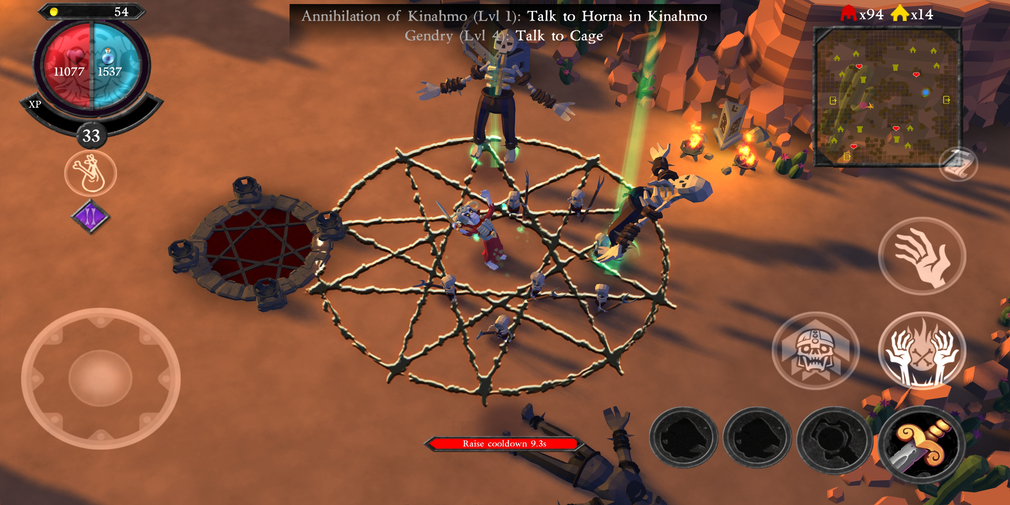 To celebrate the game's launch it's currently available at a discounted rate. Once the sale period is over it will cost $9.99 but at the moment you'll be able to pick it up for any between 40-50% off depending on your location. For instance, here in the UK, it's available for £4.99.

Undead Horde is now available on Google Play as well as the App Store. It's a premium title that's currently discounted to celebrate its launch. The price will vary by region.