There's never a shortage of new content to look forward to with Legendary Games' stellar strategy game, Mordheim: Warband Skirmish. A few weeks back, the iconic Possessed warband was finally added, which means that all 8 of the original warbands are now available in-game.

This Chaos worshipping warband is led by a Magister with access to powerful Dark Magic. Among the ranks are Brethren cultists who have long since given their bodies over to daemonic possession – the greatest of all heresies.

Not only does this expose the heretic cultists to the immense power of the warp, but, as time passes, they'll also turn into nightmarish abominations made up of flesh, metal, and the most dangerous of Dark Magic. The process will either drive them insane or kill them. This rich backstory has been built into the advancement skill system and Dark Pact skill tree in a number of interesting ways.

Mordheim: Warband Skirmish, if you didn't know, is a faithful adaptation of Games Workshop's classic tabletop game, Mordheim. It's set in an intriguing renaissance-themed fantasy Warhammer world, making it distinct among other games in the genre. 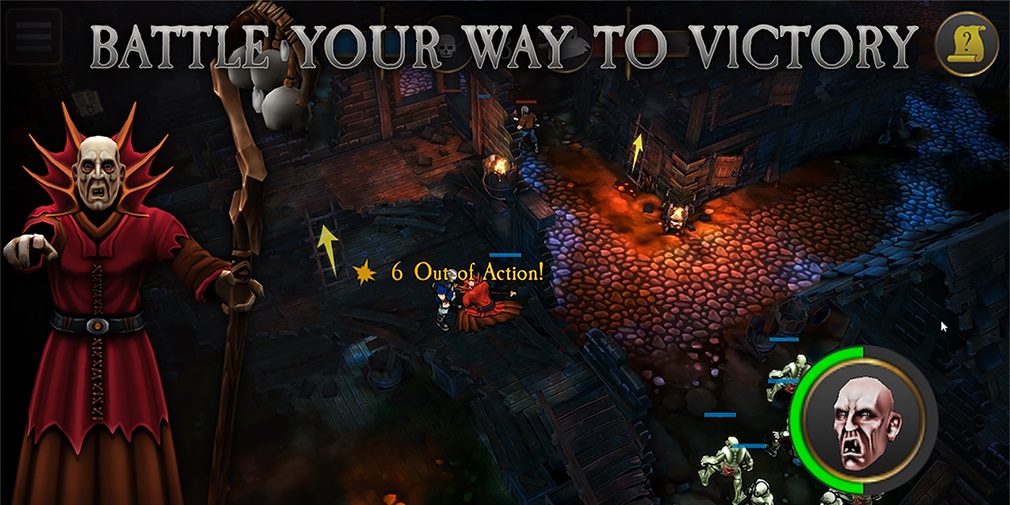 You'll control a small warband as you fight to scavenge what useful resources remain within the ruins of the City of Mordheim. Of course, you're not the only warband in town, and so you’ll have to master the tricky turn-based combat if you're to survive.

To begin your adventure, best head for the the Nintendo eShop, App Store and Google Play to try the stellar Mordheim: Warband Skirmish now.