Did you know that Pocket Gamer is part of a massive network of websites, a network stretching well beyond our Steel Media overlords? Well, that's because it's not something we've discussed too heavily over the last while, but that changes now.

Hello and welcome to a new thing that we're trying out here at Pocket Gamer. Here's where we round up some of the best posts from the best mobile sites out there - that's right, from the alliance of websites that we're a part of. I know the title might make it sound a bit like it's a gritty newspaper in some Steampunk setting  (we're still hammering out the kinks) but instead think of it as us showcasing some of our work alongside that of our friends, for everybody to see.

Let's face it, there are just so many great games out there that it's impossible for any single site to cover every single bit of news, and that's why it's so great that there are so many sites out there covering them - this is our way of celebrating our friends, and the biggest news that we might have missed.

In our inaugural article we've brought together articles from Pocket Gamer and our sister sites, 148Apps and AppSpy, while also featuring some great reads from and Touch Tap Play.

This week that includes news of a release date for Black Desert Online, a soft launch for FPS Red Dot, some tips and tricks for Minecraft Earth and much much more.

Here at Pocket Gamer, we're all about a whole bunch of things. For a start, as you can probably imagine, mobile games rank pretty high. However, we're also all about getting the most usage out of this Garena Free Fire promotional art as we possibly can. It's great, it's purple, it's a bit blue, and it's about two character DJing, which doesn't give much of an impression about the game at all.

Anyway, I digress. Maybe we don't need to tell you much about Garena Free Fire. Maybe it's completely fine for us to assume that you know more about the game than that it features deejays. It is, after all, the 13th most downloaded game in all of Google Play history. For some context, that's higher than Pokemon Go and Fruit Ninja!

It's well worth heading over to the article to check out the list, there's a lot of games in there which might surprise you.

Have you been playing Minecraft Earth? Oh, interesting. Well, I've not. Not through choice mind. No, none of the many many devices in my house are AR compatible (even if they say they are on the official Minecraft site). But, if your device allows for you to download the latest iteration of the AR software than you've probably been whittling away your hours and phone battery on Mojang's latest outing.

And if you have been doing that then Tap Touch Play have you covered. This week, among their extensive tips and guides coverage, they've published a thorough article on how to scavenge up as many tappables as you can. So, if you've been wandering around wondering exactly what you've got to do to gather up some more logs, rocks and blocks, then head on over.

Anyway, it's 2019 and Black Desert Mobile is coming out in the near future, as confirmed in a post over on 148Apps earlier this week.

Have you played Black Desert Online? It juggles most of the MMORPG tropes effortlessly, but yet the usually numb brawling and class-restricted combat remains fun to play due to how its combat uses space. In truth, it feels more like the combat of an aRPG. aRPG or standard RPG, it's probably the most fun combat that I've experienced in an MMO since the ill-fated WIldstar, and that's very high praise indeed.

You can find out all about Black Desert Mobile, and it's approaching release date, over on 148Apps. 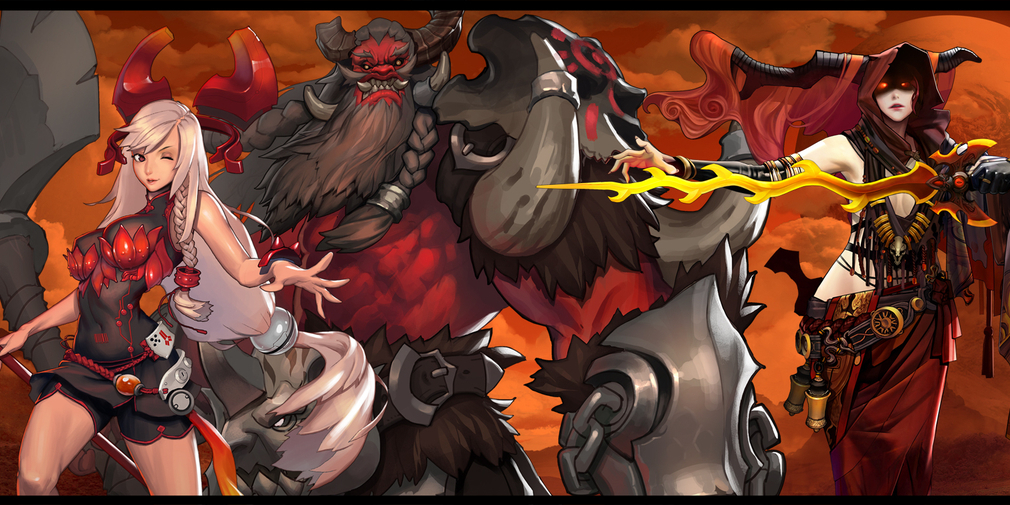 Epic Games are always up to something, and depending on who you ask it could be either good or bad. Battle Breakers is the latest little something that they've been working on, with them releasing it late last week onto both major mobile platforms and their PC storefront.

If you're currently enjoying the surging trend of hero collection and RPG-light systems then you're in for a treat, and if you're already playing through Battle Breakers then Touch Tap Play have you covered in their extensive guide for keeping your team fighting strong.

Even if you're quite invested in the game and don't think you're in need of too much help on it, it's well worth checking out the article as it links out to some of their more in-depth pieces including team strategy, evolution guides and the best farming locations. 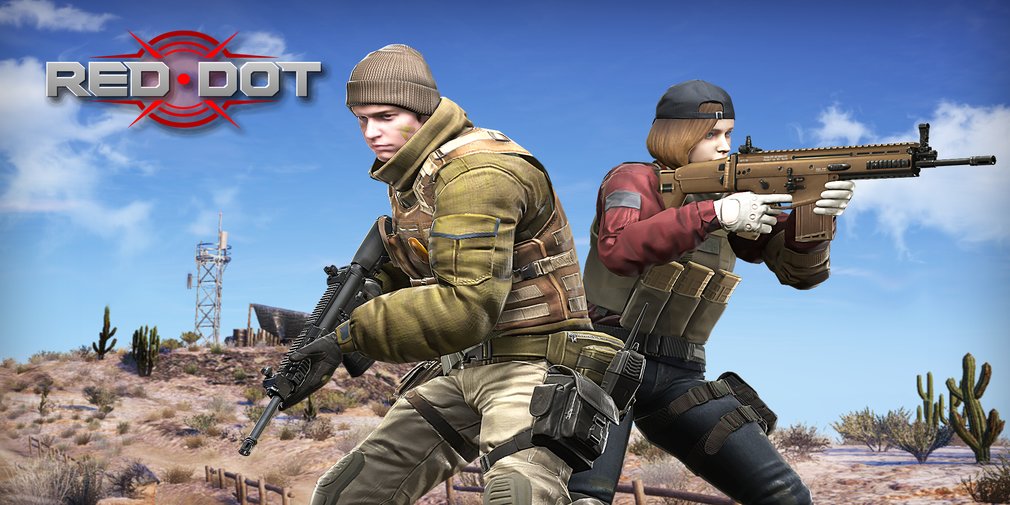 If you like running around and shooting people in games then you might well have had your fill earlier on in the year when Call of Duty: Mobile released. If you've grown tired of COD: M, or if it's not quite what you're looking for then it might be worth casting your eyes over OnFace's Red Dot.

A lot of games enter into the fray screaming and shouting about what is new, Red Dot hasn't done that (as you'll see in the trailer in the article), instead, it seems to have focused on doing bigger numbers than the usual genre fare.

Some shooters have 12 weapons, Red Dot has over 50, some shooters take place on one extensive map (*cough* Battle Royale *cough*) while Red Dot's trailer shows off at least half a dozen fully realised maps. Oh, it's also got a sniper mode too, and - it appears - green blood.

Anyway, it's in soft launch now and you can read all about that over on AppSpy. 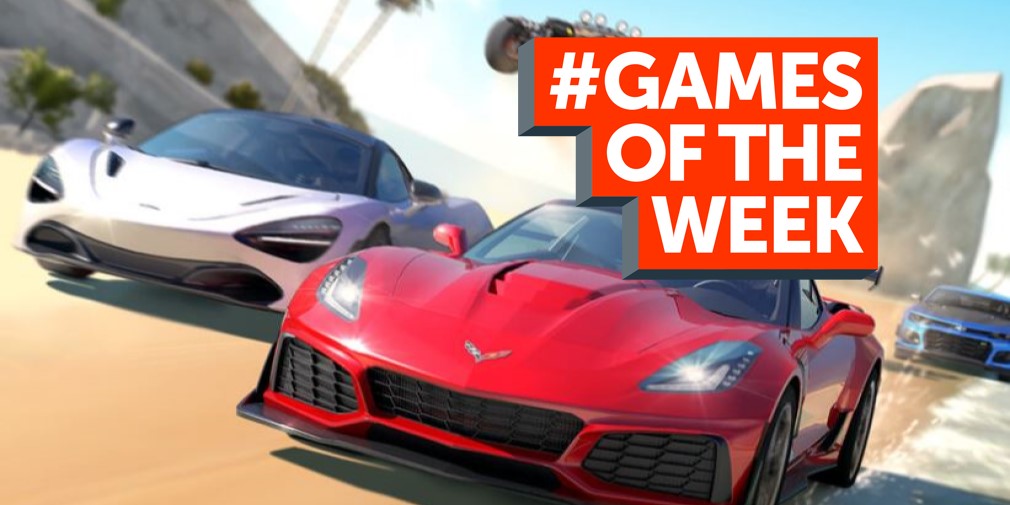 And here we are, it's the final article in this brilliant little recap, and there's no better way to sign off than with the five best games that released last week. It might seem like we're tooting our own horns here a little bit, but if you're desperate to fill up that empty space on your phone or tablet then there's really no better way to find the best games. And, better yet, it doesn't include titles released on any of the numerous subscription services which are out there these days.

There are party-building RPGs, melee-based Battle-Royales and hyper-realistic racers among the list, and it's well worth you checking it out if you're after playing some of the best games out there.

Join us again soon for another recap from around the alliance.
SEE COMMENTS

Around the Alliance - Marvel Super War, Eve: Echoes, the Best Games of the Week and more

Around the Alliance - Dynasty Warriors, Land of Doran, multiplayer magic and more