The Artful Escape, a stunning psychedelic platformer from Annapurna Interactive, launches for Apple Arcade in 2020

Beethoven & Dinosaur's long-in-development psychedelic platformer, The Artful Escape, resurfaced during tonight's Inside Xbox press briefing at X019. It's being published by Annapurna Interactive, and it's coming to Xbox One and Apple Arcade next year.

This one sees you taking on the role of performer Francis Vendetti on the eve of his first big performance. As if the nerves weren't bad enough, he's also battling with the legacy of his uncle, a dead folk legend, and the 'cosmic wanderings of his own imagination'.

It's a really neat blend of different visual styles and music. In a Polygon piece from 2016, developer Johnny "Galvatron" describes it as "David Bowie travelling off from London on an interstellar trip to create Ziggy Stardust". If that's not a neat hook, then I don't know what is.

The gameplay itself looks fairly straightforward. You'll traverse a series of stunning landscapes "made of sound, triggered by their movements, as if the world itself were an instrument." It also sounds like you can expect to spend some time chatting to the game's eclectic mix of oddball characters, customising your on-stage persona, and taking part in musical jams. 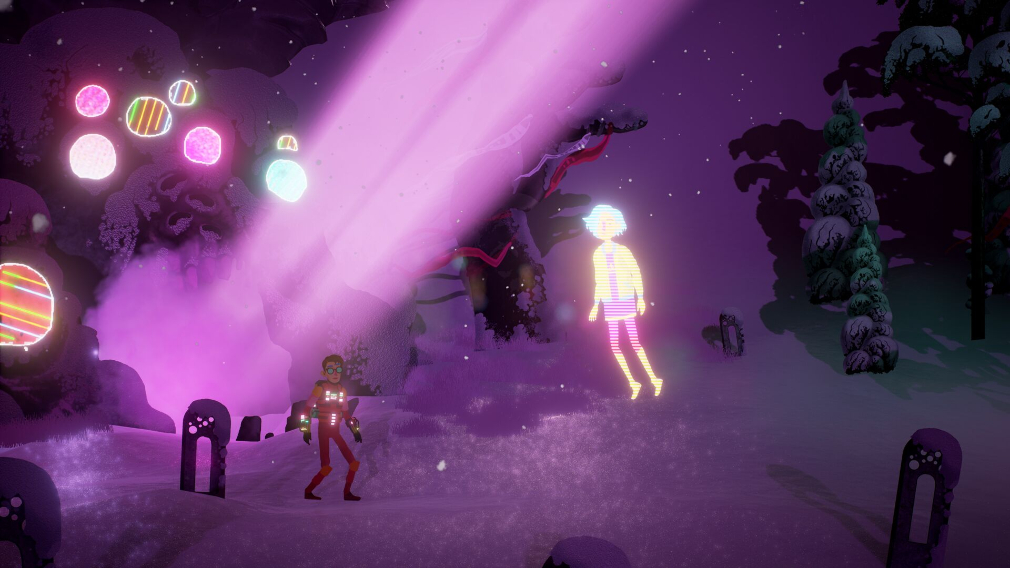 I'm very much on board for all of this. The gameplay above gives me the same joy as Sayonara Wild Hearts' announcement trailer, and that game ended up being one of my favourites of the year. Look for The Artful Escape next year on both Xbox One and Apple Arcade.

Marvel Strike Force adds Mr. Sinister and Stryfe to its ever-growing roster of heroes and villains