Following the release on Nintendo Switch back in August

Whipseey and the Lost Atlas is making its way onto iOS today after being released on Switch in August this year. It's another game that's been brought to the platform by Crescent Moon Games, who are always releasing new games on mobile, with the most recent being Star Fetched on Apple Arcade.

The game kicks off when a young lad called Alex discovers a magical book that transports him Whipseeyland. Upon arrive he's transformed in the titular Whipseey, who looks a bit like the love child of Wigglytuff and Kirby. Except Whipseey has a whip-like tale for battering enemies with.

Whipseey is a 2D platformer that's inspired by older games in that genre. It aims to be a throwback to those days, providing a new challenge for fans of platformers. So you can expect a lot of jumping and attacking with your tail whip. That same tail can also be used to grapple to these floating pink rings and glide over gaps where jumping isn't adequate. 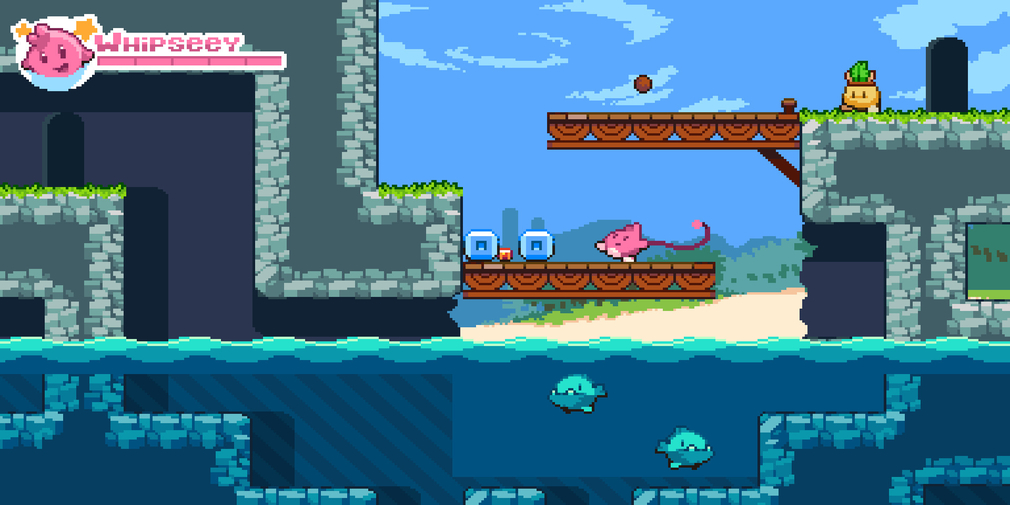 The game has received a decidedly mixed reception across the different platforms it's available for at the moment. It holds a Metacritic score of 54% with a lot of the criticism aimed at the game's length, which might not be an issue for mobile users looking for a quick platforming fix. Meanwhile, it has been praised for its visual style and soundtrack.

It's certainly a nice looking game and from an aesthetic standpoint, it certainly achieves that throwback feel it's going for, possibly too much as you could easily mistake the main character for Kirby. Of course, that's only part of the story with games and the success or failure of Whipseey will depend on how well the controls translate to touch screen.

Whipseey and the Lost Atlas is available now on the App Store. It is a premium title that will cost $2.99/£2.99.