Spies in Disguise: Agents on the Run, an endless runner based on the Will Smith comedy, is headed for iOS and Android

A Will Smith Pigeon Sat on a Branch Reflecting on Existence

Spies in Disguise sounds like the type of movie that popped straight out of a Hollywood kids film randomiser. Will Smith stars as suave super-spy Lance alongside Tom Holland's goofball inventor, Walter.

The animated spy comedy delves into a world of high-octane, globe-trotting international espionage. So far so good. The only issue is that, partway through the film, Will Smith's Lance gets turned into a pigeon… Surely one of the greatest twists in all of cinema, no?

And what sort of kids film would it be if it didn't get its very own free-to-play mobile game? Enter Spies in Disguise: Agents on the Run, an endless runner from Denali Publishing.

This one sees you taking on top-secret missions to collect characters and gear from the film in order to become the best special agent of the bunch. You'll have to use futuristic gadgets and special abilities in order to tackle the many levels and modes, and there's a focus on vehicle sections where you'll hop into high-tech cars to save the day.

With it being a free-to-play runner, you can expect the usual mix of weekly rewards and in-game events. It looks fairly decent as far as this type of game goes, and maybe the goofy charm of the film and its premise will shine through in parts. 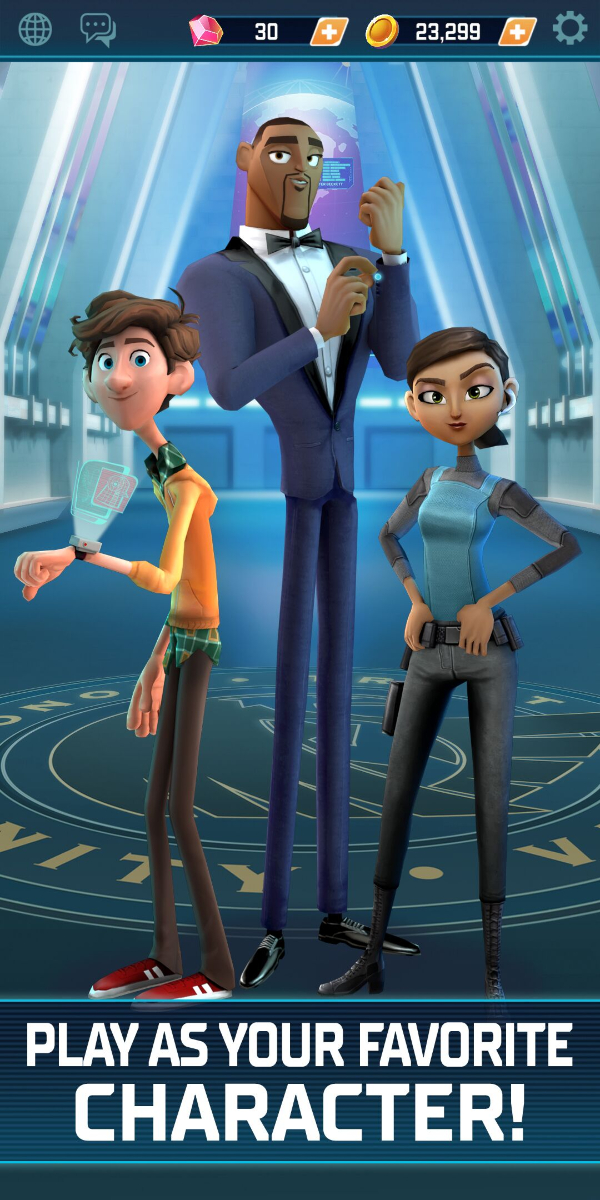 "We're thrilled to introduce mobile gamers around the world to the action and adventure of Blue Sky Studios' Spies in Disguise," said Sabaa Rehmani, President, Denali Publishing. "We've developed a dynamic, endless runner mobile experience for anyone that has ever dreamed of embarking on top-secret spy missions, and we can't wait for players to experience it first-hand."

Spies in Disguise: Agents on the Run will launch on the App Store and Google Play later this year. You can pre-register for it now over on the game's official site.