Overdox, a melee-focused battle royale, is available now for iOS and Android

Overdox is a MOBA from Korean developer Haegin where all of the different champions you can use are melee only. It's been rattling around for a while are, so you may have heard of it or even played it before but now it's officially globally released for iOS and Android.

Though the game is actually a MOBA by the literal definition of the term, it's not the League of Legends type that people more commonly associate the term with these days. 12 players, or gladiators as they're known in Overdox, will enter the arena and the last one standing will emerge victorious. 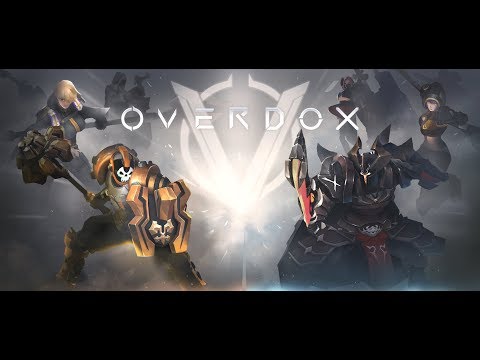 So it's pretty much a MOBA/ Battle Royale hybrid that's entirely focused on melee fights. The games themselves will last around five minutes as it has the whole perpetually shrinking circle shtick you'll know from Battle Royale's. Because it also draws from the MOBA side you'll also have a limited vision cone around your character rather than being able to see the whole map.

You'll be able to dash and parry as well as attack, so it sounds like there should be some depth to the combat beyond simply landing abilities. There are various monsters littered around the map that will try and kill you in addition to the 11 other players that will be vying for your blood.

Each character doesn't have a set weapon though, you'll be able to select from a varied arsenal of hammers and swords. Similarly, there'll be different gear you can equip them with too that will provide various buffs like increased health. You can also get a drone that will accompany you that can provide several perks too.

Overdox is available now on the App Store and Google Play. It's a free-to-play game with in-app purchases.