No £4.99 subscription required for this one

If you've found yourself bored of the Mario Kart Tour conversation, there might be an alternative. The developer of Tour Karts Mobile Edition is on the lookout for testers to be involved in a beta of their game. Though it will be heading to Android devices this particular beta is for iOS only.

Tour Karts already exists on PC as both a VR and standard game. As the VR part implies, the game can be played from a first-person perspective but also has 3rd person and an AR view if you'd prefer. Both of these versions will have cross-play with the mobile edition and that feature will be available in the beta.

You'll also be able to take part in three online game modes that include Daily Cups, Custom races and Random Play. On top of that, there's also a story mode that features over 500 challenges, that will apparently take you over 120 hours to complete.

In terms of racecourses and karts themselves, there's 22 tracks and 30 cars, each of which can be customised. The tracks and cars are also inspired by Formula 1, so you if you're au fait with the Grand Prix you might find yourself with a feeling of Deja Vu.

Perhaps the most interesting aspect of Tour Karts is that you can combine the numerous power-ups that are available. For instance, if you pick up a banana skin you can either toss it onto the track and hope someone slips over it or you can combine it with a rocket launcher. 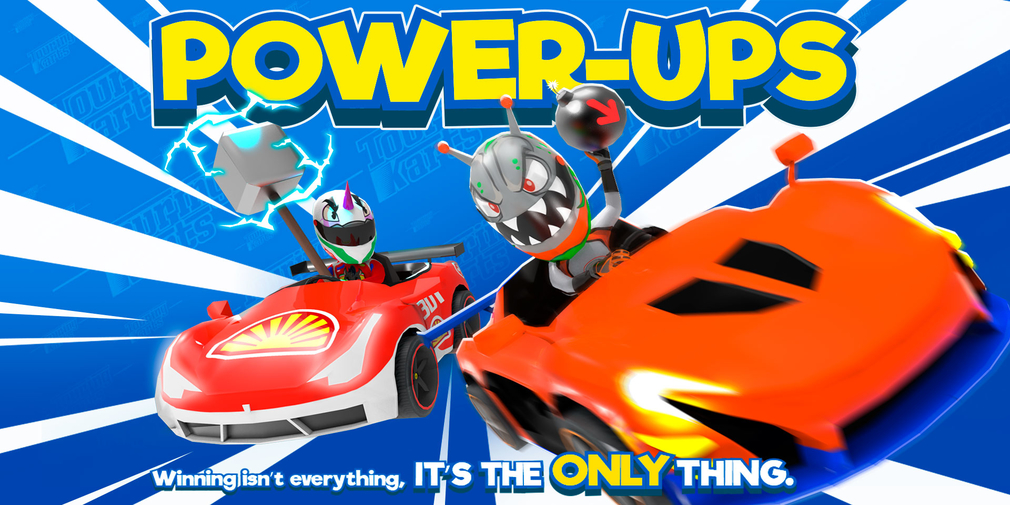 This newly made power-up will launch a bushel of bananas at your opponents, stunning them and leaving them surrounded by bananas that are ready to make them skid out of control as soon as they move.

If you're looking for an alternative to Mario Kart Tour and want to take part in the beta for Touring Karts then simply fill in their Google Form to register your interest. The game is set to be released before the end of 2019, according to the official website.

Pokemon Masters' latest limited-time log-in bonuses could earn you up to 4,200 gems