From free heroes to new Companions

Brown Dust, the popular hero collecting RPG from Neowiz, has just received another update – the most rewarding to date. This comes after a month already packed with fresh content, including two new Mercenaries (Bellasier and Larkis) and their Companions, a spooky Halloween theme, and a collaboration with That Time I Got Reincarnated as a Slime. So what's been added this time around? 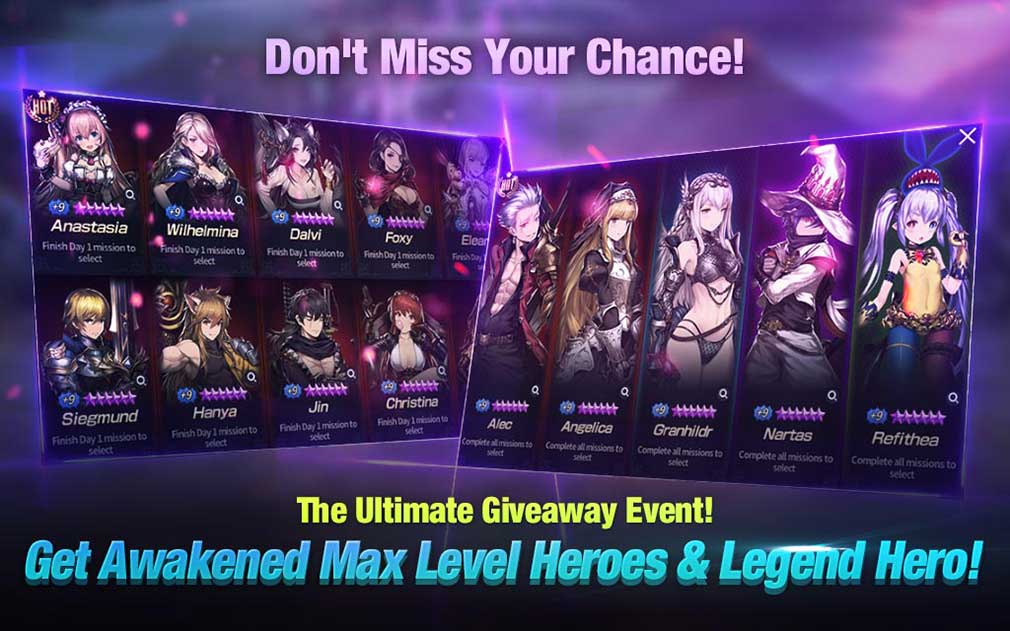 Top billing has to go to the new event. Replacing ‘Run Seir Run’, ‘Jump-start Quest’ – as its name suggests – gives newcomers some impressive additions to their team. This isn’t just for new players, though; veterans will want to take advantage, too. Over the course of a week, new missions are unlocked daily. Completing a mission brings with it some small rewards, but complete all the missions in the day and you’ll get to choose a 6 Star, max-leveled, +9 skilled Mercenary from a rotating roster of ten originally 4 Star and 5 Star heroes. That means potentially seven new Mercenaries joining your battalion of heroes.

Most exciting, though, is the reward for completing all the rewards across all seven days: you get to pick one of the Legendary Six Devils Mercenaries (except Celia), to join your team, already 6 Star ranked, max-leveled, and skilled +9! These sought-after, powerful heroes will undoubtedly supercharge your line-up, making you all the more formidable in battle.

You’ll now also be able to pair your Six Devil with its Companion. The update introduces Companions for all the Six Devils, and matching them up guarantees a boost to their skill levels.

The Brown Dust update and event is live today. Brown Dust is available for free to download on Android and iOS.