Charizard continues to get new forms

Five new Gigantamax forms from the original 151 Pokemon were announced today for Shield and Sword. They won't all simply be available in the games though, there's various methods to obtain three of the five new Gigantamax Pokemon.

First up we've got a slightly chubbier and of course, giant version of Pikachu. This 68 ft Gigantamax form for the electric mouse will have a G-max move called G-Max Volt Crash. This electric type attack will not only do damage but it will also inflict paralysis on all opponents.

To be able to get this plus-sized version of Pokemon's long-standing mascot you'll need to have Play Records from Let's Go Pikachu. You'll be able to pick it up at the Wild Area Station in the game, which can apparently be reached after two hours playtime. This version of Pikachu cannot evolve.

Similarly, an Eevee capable of Gigantamaxing can be obtained by having Play Records from Let's Go Eevee. This huge version of the Normal Pokemon has oodles more fur than it's miniature counterpart making it appear obscenely fluffy. Its G-Max move is Cuddle which deals damage and causes any Pokemon of the opposite gender to become infatuated.

The third, and final, Pokemon that has to be obtained through other means beyond just playing the game is Gigantamax Meowth. To get this version of Meowth you'll have to purchase the game between its initial release date of 15th November and 15th January 2020. If you do then you'll be able to download it through the Mystery Gift 'Get via Internet' option.

The Gigantamax version of Meowth is very, very long. Think Alolan Exeggutor but longer, and more Meowth. It's blank, yellow eyes and elongated body make this nightmare fuel in my opinion. Its G-Max attack is called Gold Rush, which works like a super-powered version of Pay Day. 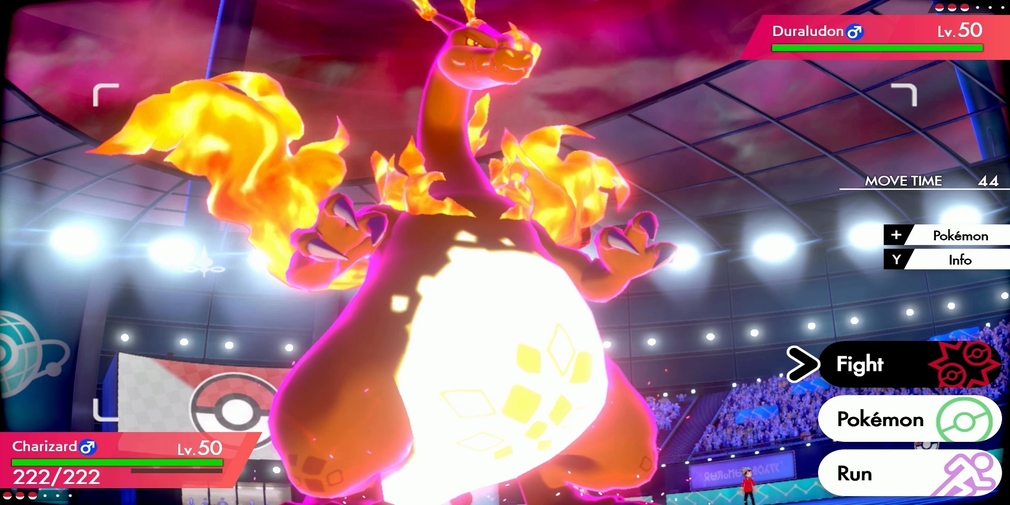 The final two Gigantamax announcements can be obtained the standard way in the games themselves by taking part in Max Raid battles. The first is Charizard because Charizard needed even more forms than the ones it already had. This Gigantamax Charizard comes with a move called G-Max Wildfire which deals damage and will continue to deal damage each turn for 4 turns if the opponent isn't a fire type.

Lastly, we have a humongous version of Butterfree. This one pretty much just looks like the butterfly Pokemon usually does, just much larger and with a more fabulous wing pattern. Its G-Max move is Befuddle which will deal damage and inflict one of poison, paralysis or sleep on the opponent. Who doesn't love a giant RNG based butterfly?

Pokemon Sword and Shield will be heading to Nintendo Switch on November 15th.