This one takes you on a 'wacky road trip across the post-apocalyptic wastelands of America'. And, as you likely know or have guessed, Zombieland's world is filled with ravenous zombies for you to shoot, stab, and blow up. 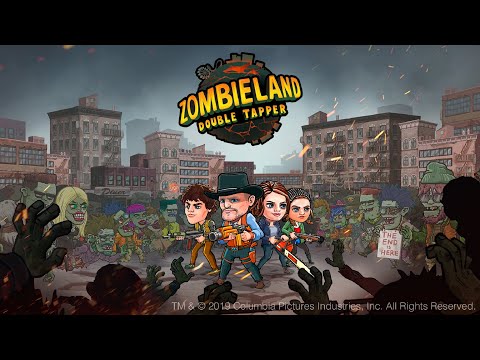 You'll play as fan-favourite characters Columbus, Tallahassee, Wichita, and Little Rock, as well as several original heroes and characters from Double Tap. Each of these guys can be collected, customised, and upgraded to your heart's content.

The game's said to boast the films' blend of dark humour and fast-paced action, and it sounds like you can expect a fairly sizeable range of weaponry with which to take on the zombie menace. Boss zombies will also be thrown into the mix to (hopefully) keep your journey from New England to the beaches of California fresh and enjoyable.

If you're a fan of the films or just fancy playing yet another idle RPG, you'll find Zombieland: Double Tapper available for download now from both the App Store and Google Play.

Stellaris: Galaxy Command is a sci-fi strategy game for iOS and Android with an open beta available now in some regions