Get started in style with Chu Chu Rocket! Universe on Apple Arcade

Chu Chu Rocket is a classic game series and exactly the kind of thing we want to see more of on Apple Arcade. In Chu Chu Rocket Universe you will be guiding your team of mouse-like Chu Chus to their rocket ship before they get attacked by vicious alien cats.

You'll have limited resources in order to get there, and you'll have to use all of the game's mechanics in order to master your guiding skills, and of course, get three stars on every single stage.

It'll be tough to get there, but if you follow this guide, you quickly be able to master what you need to know.

When you first begin Chu Chu Rocket Universe it can feel a bit confusing and overwhelming, but with this guide, you'll quickly learn the rules and methods to complete every stage fully. 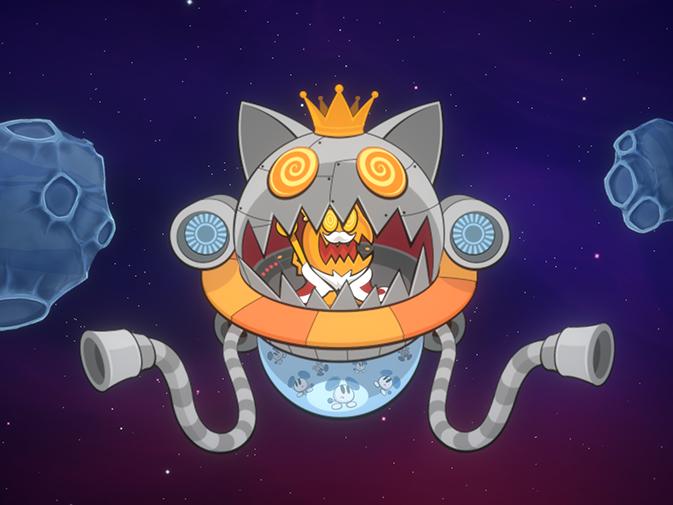 The first thing you should do on each stage is allow the Chu Chu to move forward, watch their path, where they move to with no interaction, and then figure out the best and safest path to the rocket.

Chu Chu will instantly start moving forward, and will only change directions when coming into contact with a wall or a panel. When they hit these walls they will change direction, usually moving to their right, unless there's another wall there.

You won't have an infinite number of panels though, it will be a limited amount. As such you won't be able to push the Chu Chu in the exact places you want. You will need to use their natural movement, and the shape of the stage, to your advantage to lead them where you wish.

Of course, this is easier said than done. Trial and error is always a good way to strategize your victory, but smart play and looking at the stage can carry you to victory first try.

Each stage will give you a limited number of directional panels to place, which will change the direction of the Chu Chu.

You can send them up, down, left, or right, and you will have a certain number of panels of each direction - or none.

You will need to work within your panel limits. Remember, you can simply reverse the direction of Chu Chu in many cases to put them in a favourable position.

When you come across alien cats, they will also be trawling the stage as Chu Chu do, albeit much more slowly. As such, they also get affected by the directional panels.

The key difference though is that after two cats step over a panel it will disappear. This can leave it clear for the path of oncoming Chu Chu.

Of course, just like everything else in this game, it will take experimentation to move the cats out of the way and direct the Chu Chu to the rocket.

Some stages will take place on multi-sided planets, or perhaps even cube. You can use these Super Mario Galaxy-like stages to send Chu Chu and cats all the way around the stage to find the rocket.

These stages can be a little more complicated at first, but just take things slow and complete the stage a section at a time. Use minimal panels to send Chu Chu as far as you can possibly send them towards the rocket, then tweak their path afterwards.

It's a difficult balancing act, especially when you're trying to move cats out the way too, but it's all possible.