We ask the App Army and some of the PG team

Call of Duty Mobile has proven to be an exceptionally popular game, amassing a crazy amount of downloads since it was released last week. But is it worth your time? We asked the App Army and some members of the Pocket Gamer team how they were finding this version of CoD.

Motorola Moto G6 player here. The game is awesome and, as others have mentioned, kind of a surprise. I'm loving the different game modes and the gameplay feels cool too, it's fun and tactical at the same time. The only downside is that I'm having some crashes (probably because my device isn't as powerful). But anyway, a really fun experience.

I have to admit after the long wait for this, I started to get to the point where I was not caring about it. But I have really loved the experience. The graphics are gorgeous on my phone, and so far I haven’t noticed any lagging or framerate issues. Controls are a little close together so on a few occasions I’ve switched weapons when I meant to be firing a drone (not good when you’re under pressure).

I’ve heard some people say that it’s a battery killer. I haven’t noticed that myself. I’ve really enjoyed the team deathmatch and actually won my first battle royale match anywhere (not counting winning by default in Fortnite once, just cause I got lost in the safe zone), and I’d like to see a single-player campaign but that’s probably a bit much to ask. Overall I’m very happy. Fact is, to me, it doesn’t bring anything new to the App Store. It’s another shooter. But it raises the bar for shooters. I’m a big fan and not disappointed.

Call of Duty on mobile is actually a surprise to me. I'd have thought that this will be another shooting game but is fun and the graphics are awesome. The only downside is the matches are a bit too long for on the go. 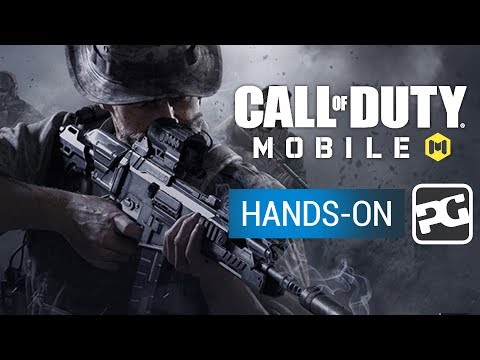 I've been playing it on a slightly aged iPad, however, have been thoroughly enjoying my time with it. I did have to do some tinkering with the controls and settings in order to get going, but I'm really invested in it now.

The developers have done a great job with the classic map selection, and it really shows that they've made efforts to keep the load-out system extremely simple and easy to use. Between those two points, this really feels like a core entry in the series, rather one of those dodgy port-jobs or rough third party efforts.

I'm playing it on Nokia 7 plus and I really like it, they used the maps from Black Ops 2, which is my favourite CoD game. The BR mode seems good, though I don't have much experience with it.

In reality, there's nothing particularly unique or astounding about Call of Duty Mobile, it simply iterates on the mobile shooters we've had for so long, such as PUBG Mobile and Shadowgun: Legends. But then you pair those solid mobile shooter foundations with some excellent visuals, recognisable maps, and excellent performance, and you have a recipe for success.

Call of Duty Mobile isn't popular because it's Call of Duty, nor because it's a revelatory mobile shooter. But because it has the recognisable brand name, in addition to an unmistakable bar of quality. Once you've seen the Battle Royale mode in high graphics on your mobile phone, you will be a convert.

Surprisingly good FPS for mobile. I find myself coming back to play a few matches every day. Controls take some getting used to but I’m adjusting. I actually got first place in 5v5 and Battle Royale which is rare for me in shooters. I play mostly on my iPad. Looks and runs great. I hope we get controller support soon.

I’ve been playing Call Of Duty multiplayer games on and off since 2003. In fact, my go-to console shooter at the moment is the PS4’s Modern Warfare Remastered. So I’m very familiar with the classic team maps – and I also have high expectations.

Fortunately, Call of Duty: Mobile delivers. Its high fidelity visuals are a great demonstration of the heights of modern mobile gaming. The controls are a tiny bit fiddly for a small screen – it’s too easy to zoom when you’re pressing the screen to look around, and hitting the grenade or duck buttons requires some concentration. But it mostly gets it right, and running around gunning down enemies is as smooth as you hope for.

In fact, this is currently my favourite battle royale game, enjoying the realism of PUBG with none of the rough edges. You can coordinate a four-player team pretty easily even if you don’t use the voice chat, thanks to an informative HUD and handy message options. Standard team deathmatch games are great too and levels like Crossfire and Crash are straight out of the big-screen version of the game.

I first became familiar with auto-shoot targeting in Guns Of Boom, and it’s a common feature of mobile shooters now; it’s slickly implemented here with a range of distinctive weapons. The sound is properly implemented too: you can tell when danger is close from the footfalls of opponents.

A bunch of new options open up at level 10 and until then the game is very good at making you feel like an accomplished player: I was MVP in so many early matches I was developing quite the ego, although I suspect this was actually the game easing me in gently.

It takes a little longer to load up and it bombards you with “buy this!” micropayment options. But you can romp through all of that and be flinging bullets around some top-notch environments pretty swiftly. Call Of Duty: Mobile is a game to show off to your mates what mobile phones are capable of now.

The App Army is Pocket Gamer's lovely community of mobile game experts. As often as possible, we ask them for their thoughts on the latest games and share them.