Yaga, Versus Evil and Breadcrumbs Interactive's Slavic folklore-inspired aRPG, is easily one of the most intriguing games coming to Apple Arcade. It puts you in the shoes a one-handed blacksmith called Ivan, who is sent by the tzar to complete a series of exceedingly harsh tasks. As he continues on his quest, felling monsters and helping or hindering others as he goes, Ivan is watched by the witch known as Baba Yaga.

Dann wrote about this one earlier in the year, discussing how its use of generated levels encourages repeat runs through alternate paths and twisting alliances with the game's mysterious NPCs. There are also decision-based missions to tackle, which, for example, may require you to steal from a character to bribe another. 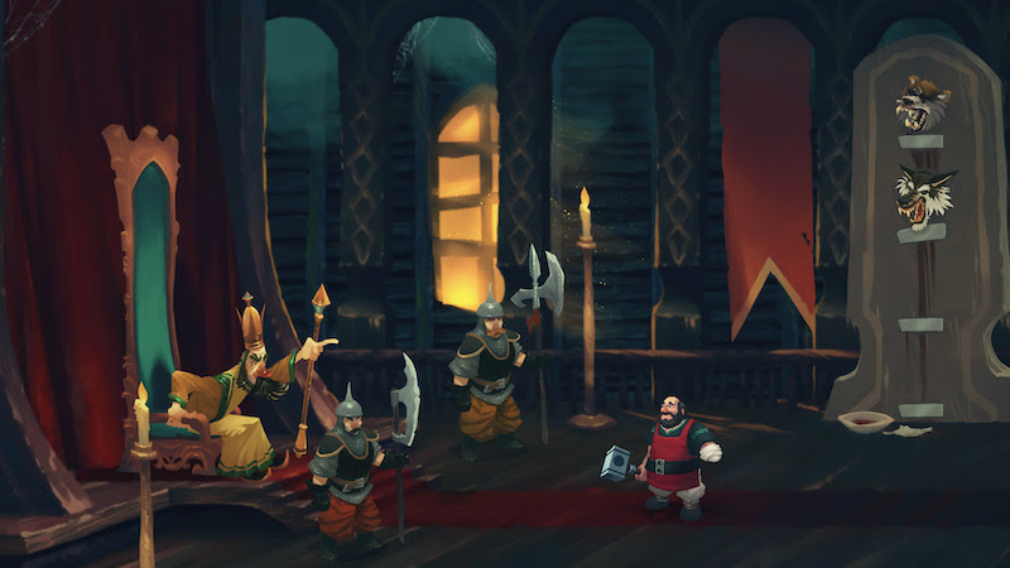 That said, your choices may come back to haunt you, as Yaga makes use of a reputation system which tracks all the good and bad things you've been up to. As you might expect, continuing to act as a villain will cause several NPCs to distrust you. There's clearly a lot more going on here than your average aRPG, which definitely has me interested.

The game's latest trailer shows off the nightmarish scarecrow, Kikimora. Here are several reasons why you're best to avoid her at all costs:

In Slavic legend, Kikimoras are female house spirits. At night she enters through the keyhole of a home, sits on the sleeping inhabitants' chests, and strangles them to death. It was wise to leave a key or piece of paper in your door. If your house in orderly and neat, she may actually help out in the home, taking care of dishes and livestock. If your house was a mess, she would further wreck your home, by breaking dishes, or tangling up your needles and thread. Ivan's not known for keeping a neat and tidy house, he's a blacksmith afterall, so he's in for a lot of trouble when he crosses a Kikimora's path.

Subscribe to Pocket Gamer on
If you're feeling brave, you can see Kikimora in all her nightmarish glory in the trailer above. And for all the latest info on Apple Arcade, be sure to check out this here handy hub. Check out our news section to discover the latest, and greatest, games.
SEE COMMENTS

Top 6 games open for pre-registration on iPhone and Android