Digimon ReArise is now available worldwide for iOS and Android

A bit ahead of schedule, Bandai Namco has now released Digimon ReArise worldwide for both iOS and Android. The game tells the tale of a budding Digimon tamer who is thrown into danger after a mysterious threat known as “Spirals” enters and attacks their world. After teaming up with the Digimon Herissmon, the young tamer heads out to investigate and put an end to this new menace.

The core gameplay here revolves around real-time 5v5 battles. It looks fairly straightforward and flashy, though I’m yet to take it for a spin myself. Outside of the main story, there are also Clash Battles to test your mettle on. The first of these sees you going up against the Mega-level WarGreymon. Beating him will net you precious Digicode, which you can then use to ‘Digivolve your Digimon into WarGreymon or the celestial shaman, Sakuyamon’. Hope that made some sense to you. 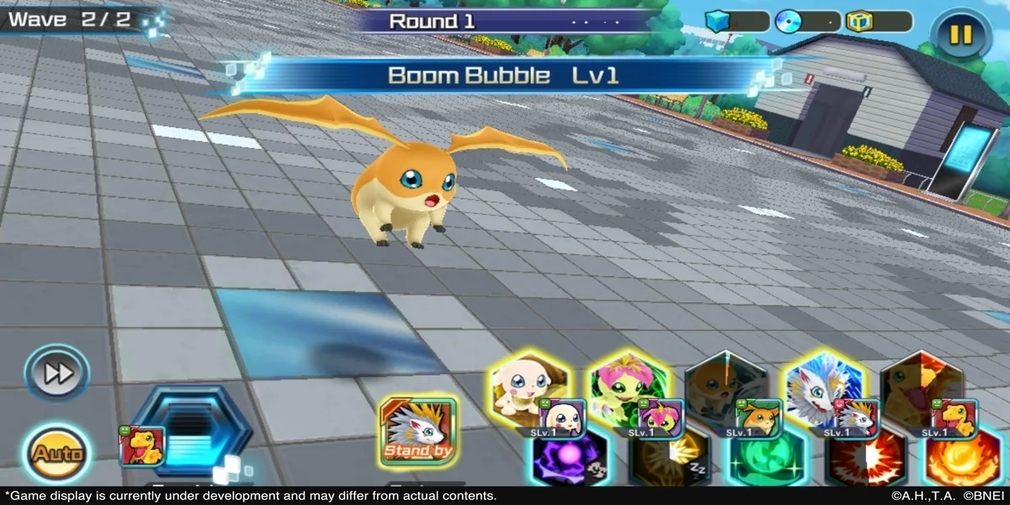 Those looking for a real challenge should look to take the top spot in the Battle Park. Here, you’ll earn seasonal rewards based on the rank you achieve each week. The first of these will begin this Sunday, October 13th. And when you’re in need of a break, you could always visit the DigiTown, where all manner of activities await.

To celebrate the launch, all pre-registered players will be gifted ‘a plethora of coveted in-game items’, which is basically a fancy way of saying you’re getting some DigiRubies, Digivolving material, and other such goodies.

On top of that, there’s also a free DigiEgg up for grabs. Inside is the iconic Pumpkinmon. This cute pumpkin-headed Digimon boasts a powerful Mega Digivolution that is temporarily available only to those not playing the Japanese version of the game. Then there are the limited-time login bonuses and summoning event, running until November 1st, which gives you the chance to obtain pre-evolved forms of WarGreymon and Sakuyamon.

If you’re a fan of the show or find yourself intrigued by any of what I’ve said here, you’ll find Digimon ReArise available for download now from both the App Store and Google Play.

Digimon ReArise is a new Digimon RPG, pre-register now on Android and iOS