Developer Donut Lab Studio’s Kids vs Zombies is an accessible multiplayer shooter all about taking on hordes of shambling undead and staying one step ahead of your player-controlled competition. It’s set in a world where all adults have been turned into zombies, forcing children to take up non-lethal arms to protect themselves.

That said, these zombies aren’t your typical kind; they’re made of sweet cream and donuts. And with the new currency being donuts, it only makes sense for groups of 4 brave kids to head out and bring back as many of the sugary treats as possible. These can then be used to purchase new skills, backyard upgrades, and fancy cosmetics. 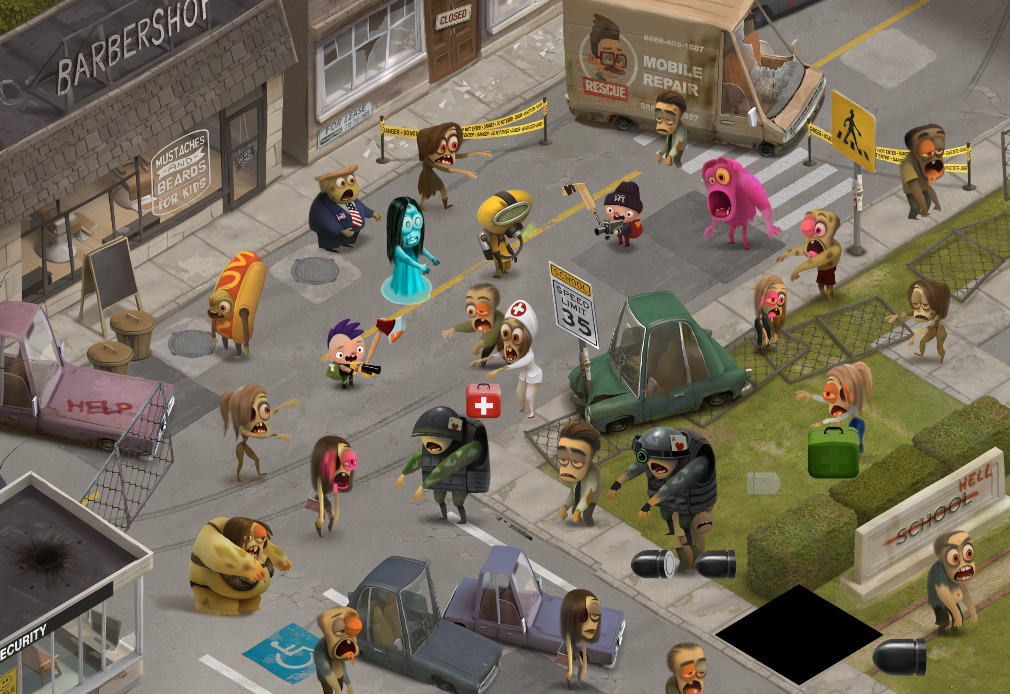 The basic objective in each match is to down a ton of zombies, collect their donuts, and return them to a specific drop off point. Matches play out over sizeable and detailed maps, each of which has its own theme. For example, there’s a holiday resort to explore and a dilapidated town. Some of the weapons on offer include a popcorn gun, candy machine, and bubble gun.

The PVP aspect is quite interesting in that it’s all about distracting, slowing, or stopping your opponents in their tracks. Some of the devious methods you may employ include freeze and dirt traps and other such hazards. And while you can’t outright kill your rivals, you can totally mess with their escape routes and plans, hence limiting the number of kills they achieve and donuts they return to the drop off point. Staying one step ahead of the competition should hopefully add an extra layer of depth to matches.

Seasonal updates are planned post-launch. These will add new content to the game including fresh cosmetics. With Trump already making an appearance, it comes as no surprise that more celebrities are planned to be added over time.

The gross-out visual style is going to be an acquired taste. Even if you can’t get on board with the intentionally ugly character designs, there’s clearly an impressive level of talent gone into designing this world and its oddball inhabitants.

Kids vs Zombies is currently set to soft-launch in November on the App Store and Google Play, with a global launch planned for February 2020.