Upcoming isometric puzzle game, Weaving Tides, aims to take its players on an enchanting adventure where embroidery and flying dragons help weave together a truly heartwarming tale. It comes courtesy of Austrian developer Follow the Feathers and boasts one of the most ingenious game mechanics we've had the pleasure of testing at Pocket Gamer; one which alongside its gorgeous visuals and charming narrative helped Weaving Tides take 1st place at last year's PC Indie Pitch at Big Indie Fest @ ReVersed.

Following the recent announcement that Follow the Feathers will run a Kickstarter campaign for it early next year, we decided to put together the following reasons why Weaving Tides will be one to keep an eye on: 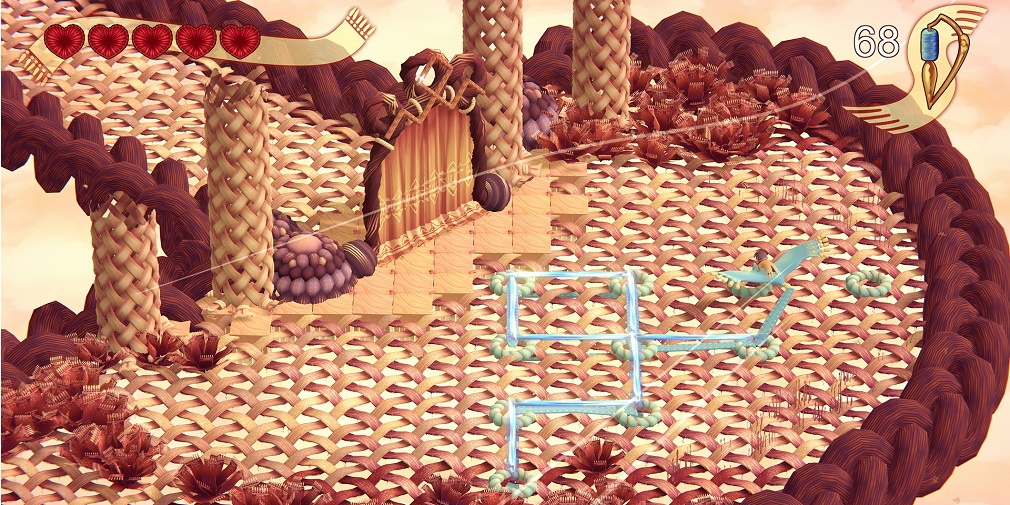 Weaving Tides features an extremely inventive pathfinding mechanic which has you guide the game's lead protagonist Tass through its intricate woven landscape.

Traversing through Weaving Tides' terrain and overcoming its Zelda-like dungeons is made possible thanks to some rather whimsical companions, known as Weavers.

Although Weavers are technically dragons, they're certainly not the usual fire-breathing menace we've all come to know and fear. Weavers are extremely compassionate creatures which possess special weaving abilities to help Tass cut and stitch his way through the landscape.

There are three different Weavers available, each with their own special abilities which you can further enhance by fitting them with special embroideries. 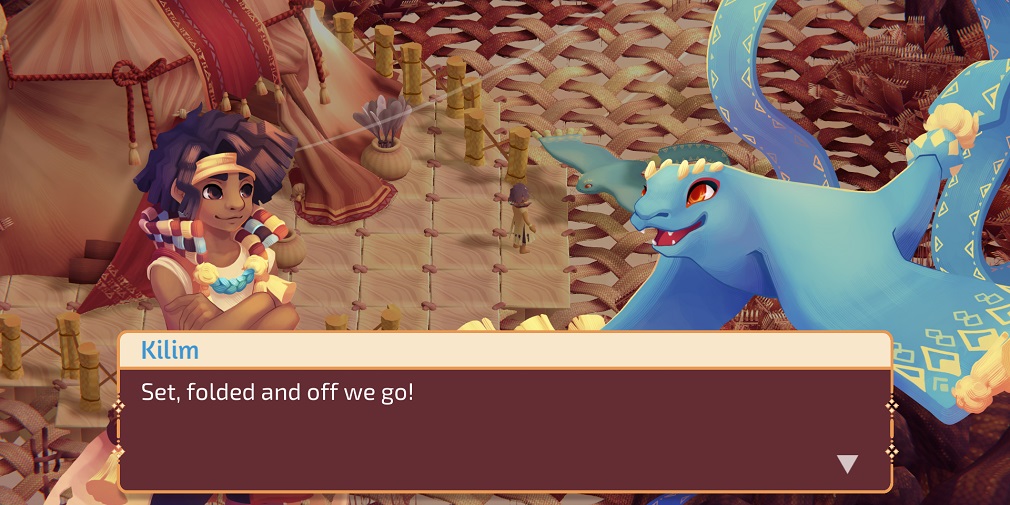 Weaving Tides follows the story of an orphan boy called Tass - the only human boy that seemingly exists in a very mysterious woven world. Although doted on by his guardian, a blue carpet Weaver known as Kilim, Tass' curiosity about his parents leaves him feeling completely restless and desperate for adventure.
Determined to try and solve the mystery of his real parents' disappearance, Tass decides to go on a journey of discovery with his loving foster father Kilim by his side.

Tass will be forced to overcome many puzzles along his journey which will really push you to use your imagination to try and solve them. You'll also come across more than a few devious foes and bosses in each dungeon you encounter, and you'll need to put Weaving Tides' fun combat mechanics to good use to try and best them.

Along the way you'll also encounter other Weavers that'll help you on your journey, including the recently revealed punk archaeologist Twill, who'll act as the second Weaver you can play. As a lover of adventures with a daring attitude, this scarf-shaped pink dragon is the perfect complement to Tass' courageous spirit. 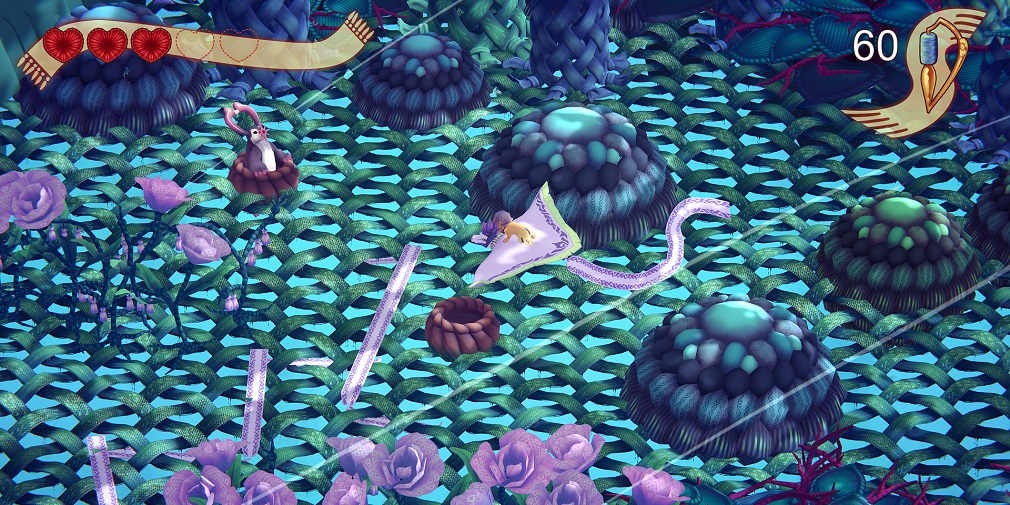 Weaving Tides exudes an incredible amount of charm and beauty thanks to its highly imaginative and gorgeous level-design.

The game spans a variety of magical settings, including Silken Deserts, Spun Forests, and Moth Empires. And whilst every world might be beautiful to look at from the outside, each one harbours a very dark and foreboding secret that underpins Weaving Tides' sense of mystery.

Each world also comes filled with an abundance of secrets and optional puzzles which reward you with additional clues and useful items to help you on your journey.

The concept of a textile world is certainly novel when it comes to game design, and it'll be fun to see how far the devs can explore this concept.