Get high scores and earn points with combos using this guide

Mario Kart Tour is out right now, and while some have expressed complaints about the way it controls and the monetization (me), it's hard to argue with the fact that it is an authentic mobile Mario Kart experience.

It has loads of courses, drift boosts, items, and will eventually have multiplayer. Right now though, players are having to wait for multiplayer and new tracks. So what is there to work towards, why keep playing? Well, you should be aiming to get five stars on every track.

Each track is scored with a certain amount of points on your run, and you should be aiming to get five stars each time, which on the early tracks is simple. The later tracks make it very difficult, however, and you'll need to use some more advanced tricks in order to complete everything.

There are a bunch of things you can do to increase your overall score and make it easier to earn every single star in the game, in addition to bumping up your ranking score. Just read on for everything you need to know… 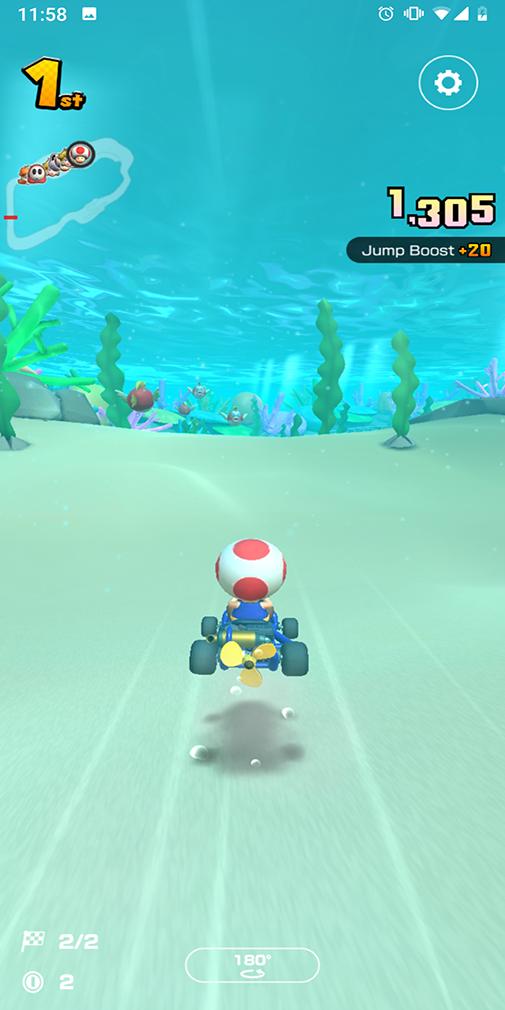 So yes, points should be your primary concern, and we're going to list all of the best ways to improve your points. But you'll essentially get extra points in a race for almost every action you perform.

Hitting enemies with items, mini-turbos, collecting coins, jump boosts, gliding in the air, all of this and much more can earn you points.

That's in addition to the points you'll receive for your choice of driver, kart, and glider, which should give you around 1000 points to start each race with.

You will also get points for the position you finish in, but truly good performance on the track will earn you enough points for five stars even if you don't end up in first place.

One of the best ways to get loads of points is comboing actions into one another. Every time you do something which earns points you have a small time window, which actually depends on your kart loadout, within which you can perform another action to earn a multiplier.

Basically this gives a huge advantage to large items which will hit multiple opponents, coins can be used to tactically extend combos, same with mini-turbos, and you should be aiming to drift through lines of coins and extend your glide time to get bigger bonuses.

The main thing you should be focusing on in each race is your combo, and how many actions you can perform to keep it going.

You will receive separate tickets for your drivers, karts, and gliders which can be used to increase their base points by tiny amounts. Although not all that significant, these can be used to help secure those higher scores.

If you are just barely tapping the upper reaches of a five star score, then improving the base points of your loadout is ideal for getting the edge in that specific race, and really can take you the distance.

Increasing base points on your loadouts is a good idea, but you'll have limited numbers of tickets. Use them wisely.

When all is said and done, your position at the end of the race still really helps. When you cross that finish line in lap 1 and at the finish, you will get points depending on your current placement, 1st of course being best.

Though, racing ahead isn't always a good idea. Being middle of the pack makes you more likely to hit enemies, get better items, and increase your combo.

It's tough to balance, but the best way to get points is to be just ahead of the pack for most of the game, able to hit them with items you can throw behind you, and finishing 1st place.

The history of Talking Tom and Outfit7: 10 years and 10+ billion downloads