FoxNext’s Marvel Strike Force, the tactical squad-based RPG, has quite possibly the largest collection of Marvel heroes and villains of any mobile game. And it’s a roster that only keeps expanding thanks to regular updates. The latest two characters being added are the ex-physicist supervillain Graviton and the much-loved S.H.I.E.L.D. agent Phil Coulson. 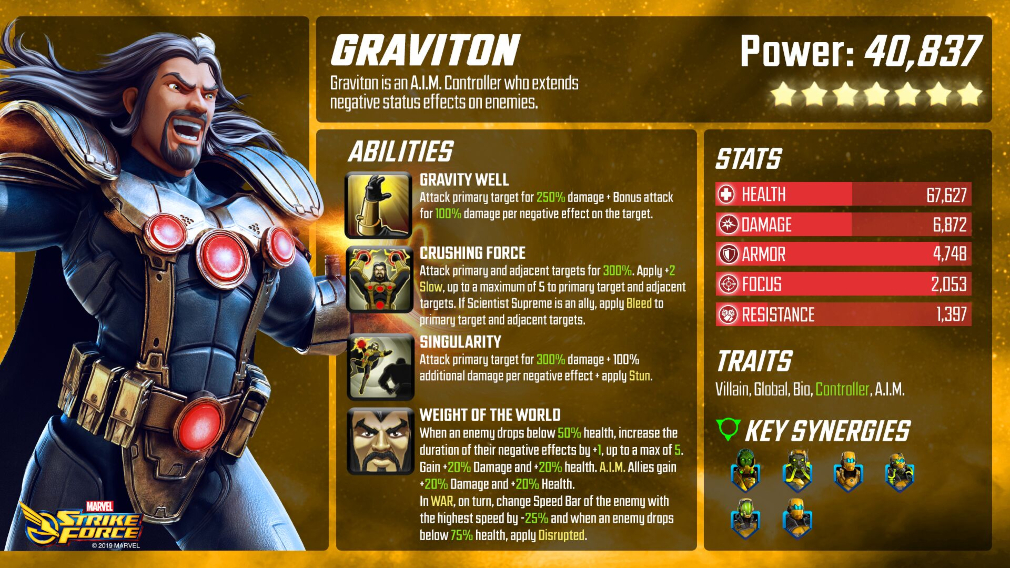 Graviton, Strike Force’s latest Controller, is a master of warping all over the battlefield, manipulating gravity itself with alarming ease. In practical terms, this means he can quickly stun and slow those on the opposing side, before sending them packing with a high-damage attack that gets more powerful depending on the number of active debuffs inflicted on the targeted enemy. His armour and focus stats are especially impressive.

Coulson’s ‘Night-Night Gun’ can chain between 2-4 adjacent enemies. His EMP Punch sounds similarly powerful, hitting the primary target for 200% damage and all other units by 150%. He also works quite well as a support character, with his teamwork skills allowing him to apply the ‘Defense Up’ buff to all S.H.I.E.L.D. allies.

The A.I.M. team members have also been reworked and improved, making them extra lethal in battle. You can check out the full list of changes and additions below: 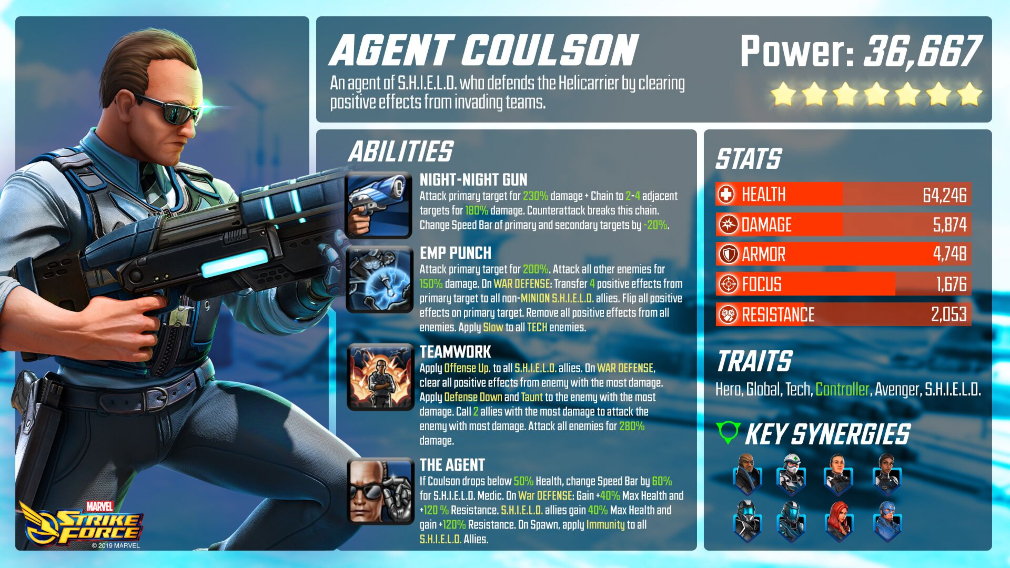 If you quite enjoyed Marvel Ultimate Alliance 3’s impressive line-up of Marvel’s best, chances are you’ll probably get a kick out of Marvel Strike Force. You’ll find the free-to-play squad-based RPG available for download now from the App Store and Google Play.