Undervault is a roguelike dungeon crawler, so you can expect the game to be different every time you play. It has an interesting board game influence that makes it stand a little from other games in the genre. Undervault will be available on 13th September.

The aim of Undervault is straightforward, make your way through the dungeon until you reach the exit. To do this you'll be presented with an ant farm perspective of all of the rooms in that level. It's a simple tap to go from room to room and once you're there you can tap on different objects to interact with them.

You can search in wardrobes for armour and weapons, for example, and pick up scrolls that can be used to increase your stats. Alongside having different characters to unlock who all have their own special traits you'll also be able to make a few different builds that can focus on fighting, stealth and room revealing.

It's a much more RPG focused game than most other roguelikes and battles will also be turn-based so strategy is the most important skill here. This won't just apply to the battles either, simply moving through the dungeon appears to have a strategic layer of its own.

As mentioned, you have an ant farm style view of the level so deciding which way to go will be an important factor. Some rooms you'll be able to see inside from this view so you'll know whether it's a place to pick up skill points, rummage for loot or even if you'll have to fight an enemy. So from here, you can work out the optimal route to tackle the dungeon. 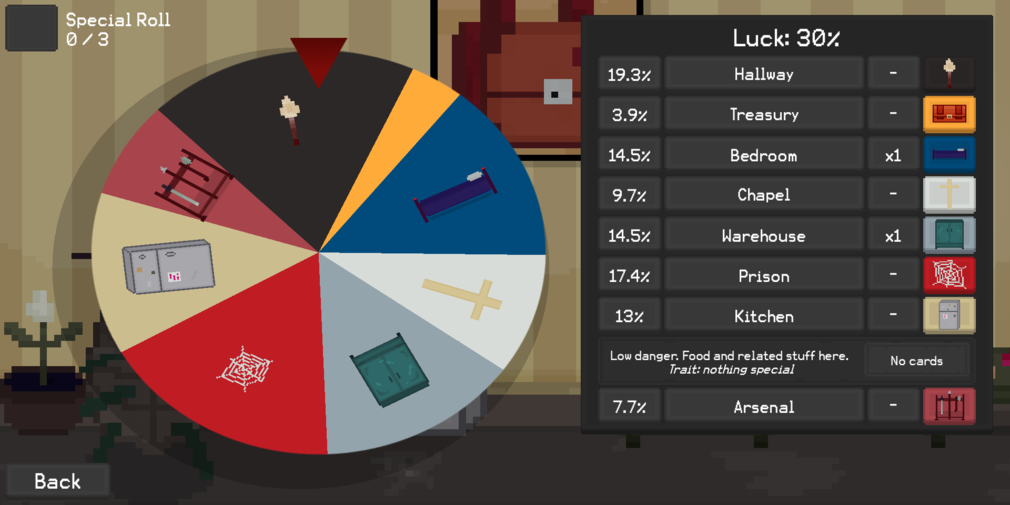 Some of these rooms will have question marks over them. This means that you can actually influence what form that room will take. This can be done using room cards that can be found or by spinning a wheel where you can tip the chances in favour of a particular room type.

Undervault will release on the App Store on 13th September, which is tomorrow at the time of writing. It will be a premium game that costs $2.99/£2.99.