The original ROG Phone was ultimately a smartphone with a slight focus on mobile gaming. Its impressive specs, screen and battery life made it ideal for those looking to play PUBG at a more advanced level or experience CSR Racing 2’s supercars in the highest possible quality. The ROG Phone II leans even further into being a full-on gaming phone, fit with some of the most impressive specs of any smartphone releasing this year.

I got to test it at a launch event prior to the announcement of the Ultimate Edition. While it’s too early to give it a definite recommendation, I have to say that I came away very impressed indeed. It’s exactly what fans of the original ROG Phone would expect and want: A stupidly powerful gaming phone, a potential step above all that’s come before. 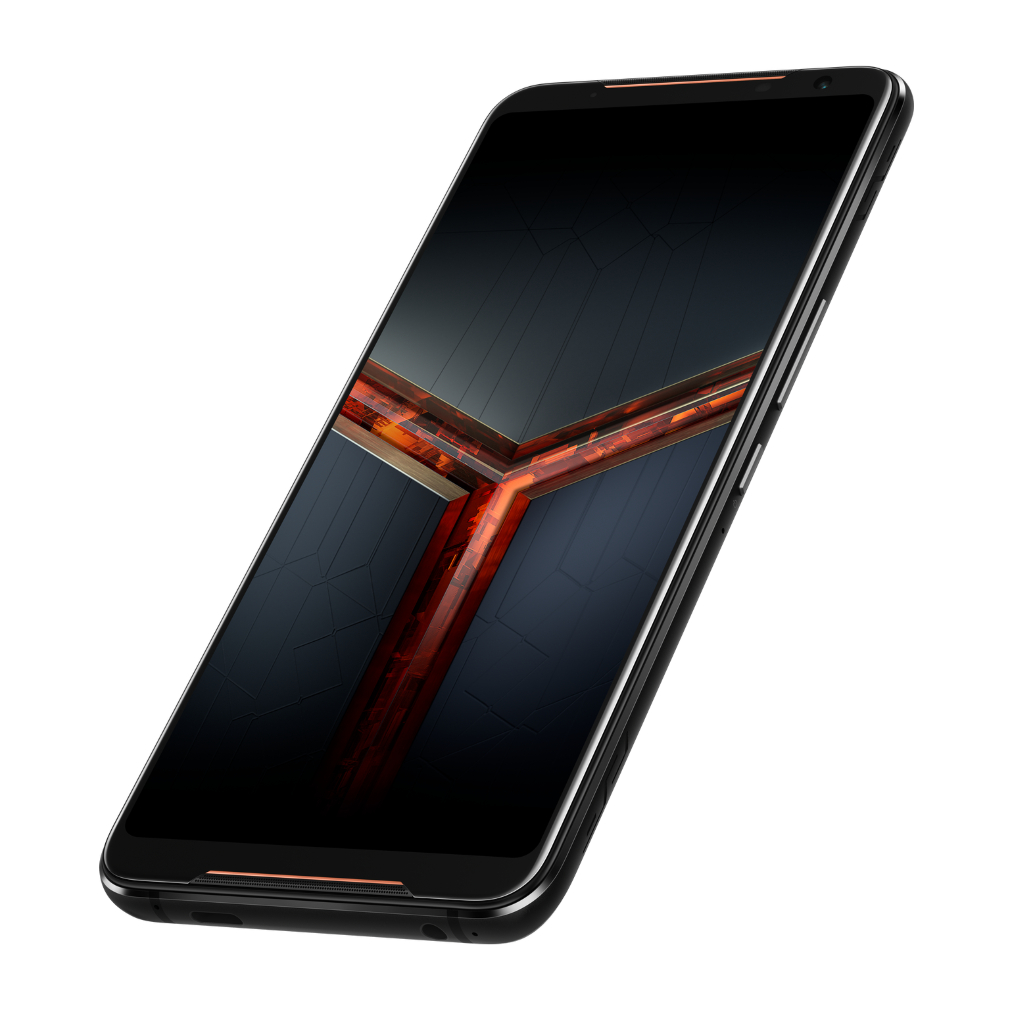 A lot of what makes it special isn’t immediately obvious. In particular, I’d love to give a competitive game like PUBG (7 hours of play on a single charge) a go to see the full benefit of the reduced touch latency. What you certainly won’t miss, however, is the 6.59-inch display, which I primarily tested by playing Asphalt 9. It looks terrific – noticeably more vivid than my S9 when playing the same game, though some of that could admittedly be down to my device’s settings.

Strangely, I most enjoyed messing around with the new air triggers. These are little touchscreen buttons on the right edge of the phone that more or less act as your L2 and R2 or bumper buttons. What makes them cool is that you can map them to any position on the screen using the quick and easy customisation settings. When playing Metal Revolution, I mapped each trigger to a specific on-screen button/attack, which definitely felt easier than dancing around the touchscreen with my thumbs. 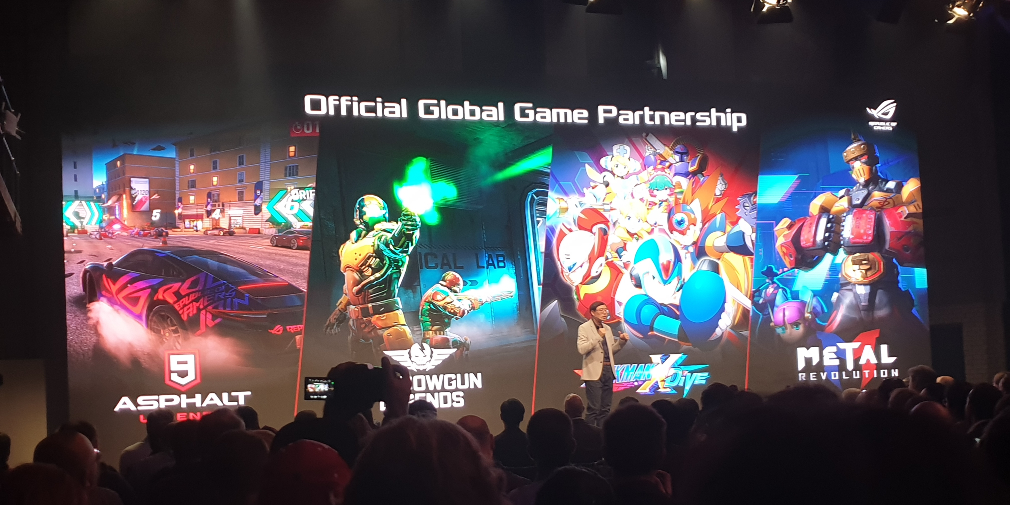 While it’s far from the biggest phone in the world, it feels quite large in the hand. I’m still not sure whether it’ll grow uncomfortable during extended play sessions, especially if you’ve got the little cooler attached. It’s certainly weighty, which could well be a positive for many.

The ROG II’s design positively screams ‘gaming phone’, meaning it's going to immediately put off those who like sleeker, minimalist handsets. It would also be silly to suggest that its specs are necessary for most mobile gamers, but for those who want the optimal experience – fit with some genuinely neat peripherals – the ROG Phone II is easily one to consider.

As I say, these are only my first impressions – we’ll hopefully have a full review up soon – but I’m already more positive on the ROG Phone II than I ever thought I’d be. After all, I’m not someone who’s ever been sold on the need for gaming phones in the first place.

I’d also say it’s important to remember that ASUS’s powerhouse is a niche device that isn’t exactly targeting the general UK public. In its Ultimate Edition form, the ROG Phone II outclasses all other smartphones and gaming phones across pretty much the entire board, and it has a price that reflects that level of quality. 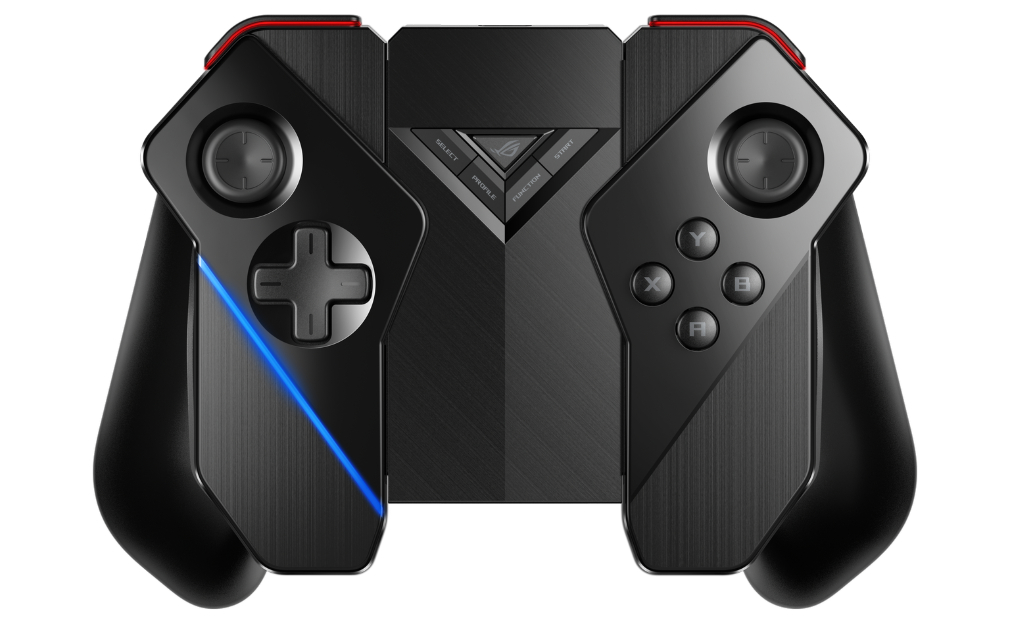 UK prices haven’t been confirmed yet, but we do know that the ROG Phone II Elite Edition (12 GB RAM, 512 GB ROM) will set you back €899.00, while the ROG Phone II Ultimate Edition (20L CPU, 12 GB RAM, 1 TB ROM) kicks it up to €1,199.00. The Elite Edition is currently available for pre-order, though those looking to nab themselves the Ultimate Edition have a slightly longer wait on their hands. We also still don’t know which of the peripherals will be available in the UK and what they'll individually be priced at.

As I say, the specs are above and beyond most of the competition, regardless of which of the two devices you go with, meaning that the Ultimate Edition could perhaps be overkill. Still, I can’t help but be impressed by the sheer power on display, and I’m looking forward to taking it for another spin.