For me, Pascal’s Wager might have been one of the more promising games shown off during Apple's 'By Innovation Only' event. It’s set in a bleak, monster-filled world without light, ravaged by the conflict between a fanatical cult, the all-powerful church, and the corrupt courts.

It’s perhaps best described as a Soulslike experience, with a focus on tight, challenging combat. Visually and in terms of world design, Pascal’s Wager is very clearly inspired by Bloodborne, which – in my eyes, at least – is no bad thing. 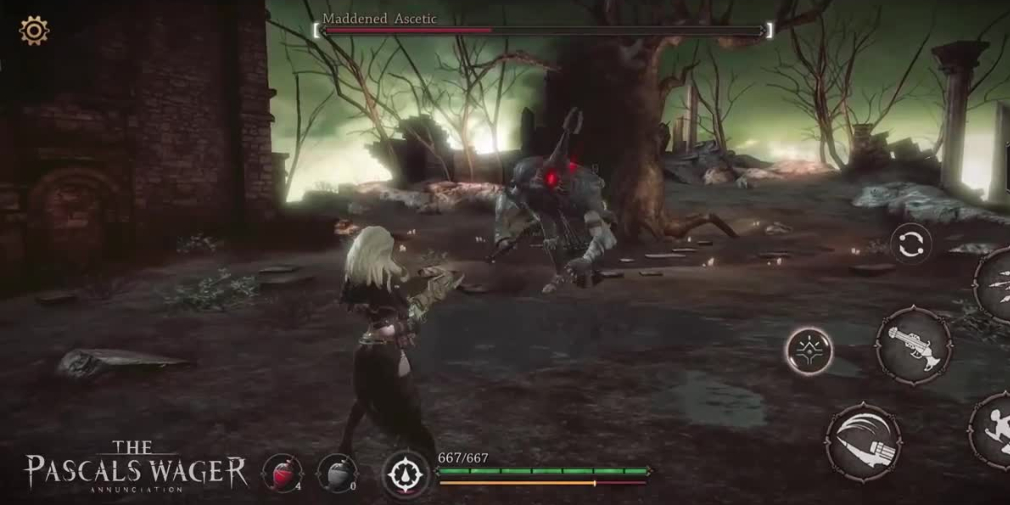 From the gameplay I’ve seen, it successfully replicates the dodging, parries and pace of From Software’s best work, with some impressive monster designs of its own to boot.

It also has a much greater emphasis on story than you might think, weaving an intriguing and disturbing tale. Developers often talk about their work being of ‘console quality’, though so few of the games that attempt such a task actually end up delivering. So it’s nice to see Pascal’s Wager come pretty darn close to the games that so clearly inspired it.

Everything I've read and seen about Pascal's Wager has me fairly confident that it'll be worth a look, especially if you’re a fan of hard-as-nails Soulslikes. Pre-orders are said to go live next month. In the meantime, you can check out our ongoing coverage of all the latest Apple Arcade announcements from the 'By Innovation Only' event right here.