The Bonfire 2: Uncharted Shores is a sequel to the popular settlement survival game

Will launch on iOS first

The Bonfire 2: Uncharted Shores is an upcoming survival that serves as a sequel to the excellent The Bonfire: Forsaken Lands. There's no specific release date available yet but we do know that it will come to iOS before Android.

Like the original, The Bonfire 2 will be a survival game with resource management and clicker elements. However, the developer's have made several changes to the sequel to give players more autonomy over their settlements.

In the first game, players had to work with a static settlement where the buildings were in set positions and they had to work with this. In The Bonfire 2, they'll have complete control over where they place their buildings. The developer's say this will allow them to create more optimal resource chains such as placing the blacksmith close to an iron mine. This will give the workers less distance to travel so they'll be able to gather and deliver the resources much quicker. 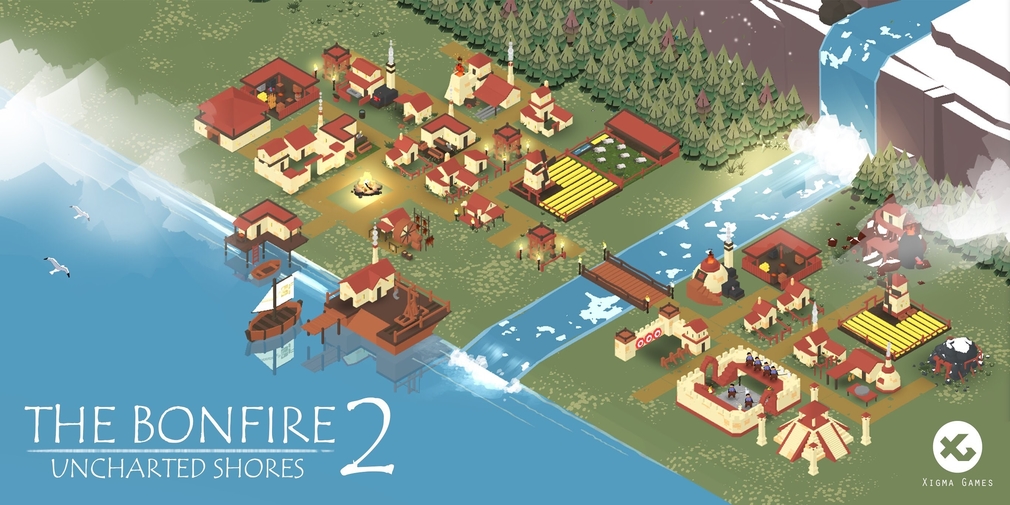 There will also now be a world map that is randomly generated. Players can send ships to explore the map in the hopes of discovering dungeons, mysterious ruins or even trading cities. This was all done automatically in the first game so this time around you'll have much more agency over this part of the game.

There's also going to be a shift in perspective. Instead of a side-scrolling camera angle, Uncharted Shores will let players view their settlements from an isometric point of view. As you can see from the screenshots it makes the game a lot more visually interesting.

The developer's also wanted the game to have more longevity than the original, which is probably the reason the game will have a randomly generated world map as this would make any additional playthroughs feel distinct from one another. Additionally, though the game itself will just take longer to complete, around 10 hours instead of 3.

The Bonfire 2: Uncharted Shores will head to iOS and Android at some point, arriving on the App Store first. It will be a premium game though no details on price are available at the moment.

An exclusive first look at The Bonfire 2: Uncharted Shores