As we head into the time of year where year sports titles are rolled out in their droves NBA 2K Mobile has detailed the updates it's bringing to the game. They're referring to this major update as Season 2 and it will be available tomorrow.

The first addition to the game will be Gear and Mentors. This will allow you to attach these mentors to your player cards to give buffs to their stats. Similarly, gear will also give players a nice boost to their overall rating. Collecting a whole set of cards will also grant a further boost.

It will also feature a redesigned head-to-head mode that was apparently player-driven. You will now be able to take your MyTEAM into 1v1 games. This means that for the first time you'll be able to use the team that you've spent ages training and perfecting. This is a cool feature for those who spend a lot of time on their team but I'm interested to see how this will be balanced to prevent unfair matchups from happening. 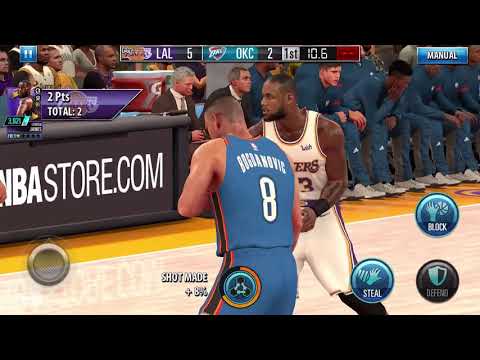 Gauntlet mode has also had a slight alteration. You will now be able to do daily drills to earn drill packs. You'll also be able to call for picks and double teams during gameplay which will hopefully give you more control over you on court strategies.

And that's pretty much everything other than Zion Williamson will become the new face of the app. He was the first selection in the 2019 NBA Draft. But to be honest, even though I enjoy basketball games I know almost nothing about the sport in real life so this means very little to me. But it might to one of you, so I've included it anyway.

NBA 2K Mobile is available now on the App Store and Google Play. It's a free-to-play game with in-app purchases.

NBA 2K Mobile: Three most critical positions for you MyTEAM

NBA 2K Mobile: Hints & Tips to help you on the hardwood