It has new and old players in mind

ANGames' popular 4X strategy Astrokings is gearing up to celebrate its 1st anniversary. Of course, this means there'll be a number of bonuses on offer for both new and existing players. It's available now on the App Store and Google Play.

Some of these bonuses will be available simply by logging into the game. Doing so for 10 days will net players a number of items. This will range from ship enhancement materials to skill elements for upgrading your hero's various skills.

There will also be an event called the Lost CRUX. This will task players will finding a number of alien fleets located throughout the galaxy. Defeating all of them will net players a special 1-year Anniversary reward box.

The level cap for players will also be increased for commanders as well as NPCs. This will also see missions get updated. Finally, there will be a new structured surface in the centre of the galaxy called Tenebris where a war will take place. The winner will gain control of it. 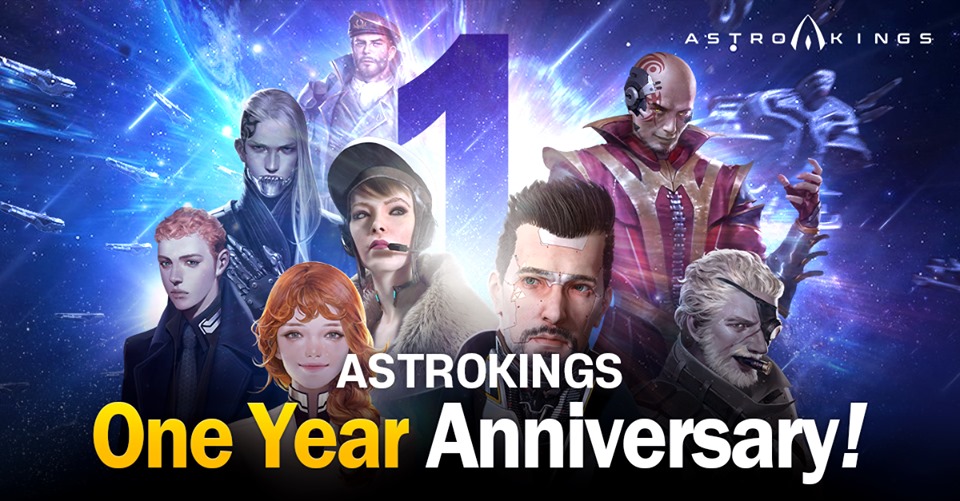 As this event looks to benefit new players as much as existing if you want to a know a little more about what Astrokings is about you can check out our article from last year that explains why Astrokings might be the strategy game for you. Though bear in mind some of the features may have changed a tad in that time.

It's proven to be particularly in Korea through its short life on mobile devices. So much so that it'll be featured in the Korean Google Play store, among other countries, throughout the duration of the event from September 6th.

Astrokings is available now on the App Store and Google Play. It's a free-to-play game with in-app purchases.