And Chandelure is one of them!

As reported on comicbook.com, well-known Pokemon Go dataminer Chrales has uncovered the sprites for several Gen 5 Pokemon that are likely to find their way into the game soon. It was teased a while back that they’d be adding new Pokemon to the game later this year and now we have a much clearer idea which.

The full list of Pokemon that were discovered in the datamine can be seen below. 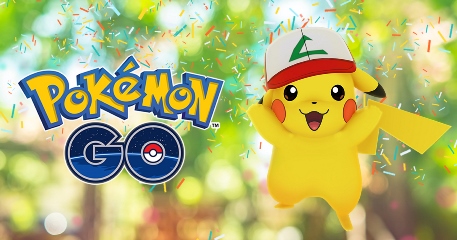 There are a few things we can glean from this list. The most important is, of course, that Chandelure is among them. Beyond that, we also have Cobalion, Terrakion and Virizion representing the legendary Pokemon from Gen 5.

This makes a lot of sense as the legendary pick, as there’s three of them they can be rotated amongst regions or events. Though they’re not roaming Pokemon in the games, players are very used to the groups of legendaries changing location frequently so they’re a good choice for that.

As you may have also noticed this isn't every fifth-generation Pokemon. This isn’t uncommon with Pokemon Go as they tend to drip-feed Pokemon to players and hold others back for events. For instance, Sawk and Throh are both absent from this list but seeing as they come as a pair it wouldn’t be unlikely to see them included through some kind of event.

If you've not played Pokemon Go yet then it's available for free on Google Play and the App Store. It’s a free-to-play game with in-app purchases.