Master Pokémon evolution with this guide

Pokémon Masters is a brand new Pokémon game on mobile, and it definitely does things different to what you might remember. For one, Pokémon evolutions are vastly different.

Sure, you will still start off with the likes of Snivy and have it evolve into Serperior, but there's a very limited list of Pokémon that will actually evolve. In fact, here's that list for you now…

Now there's a reason why I've put Rosa, Barry, and Pryce at the top of the list, and that's because you can access evolutions to those three pretty early on, with enough dedication. And this guide will carry you through the steps you need to evolve them - though be aware, it'll be difficult to acquire two stage-3 evolutions early in the game, so pick your favourite to evolve between Snivy and Piplup now…

How to evolve Snivy and Piplup 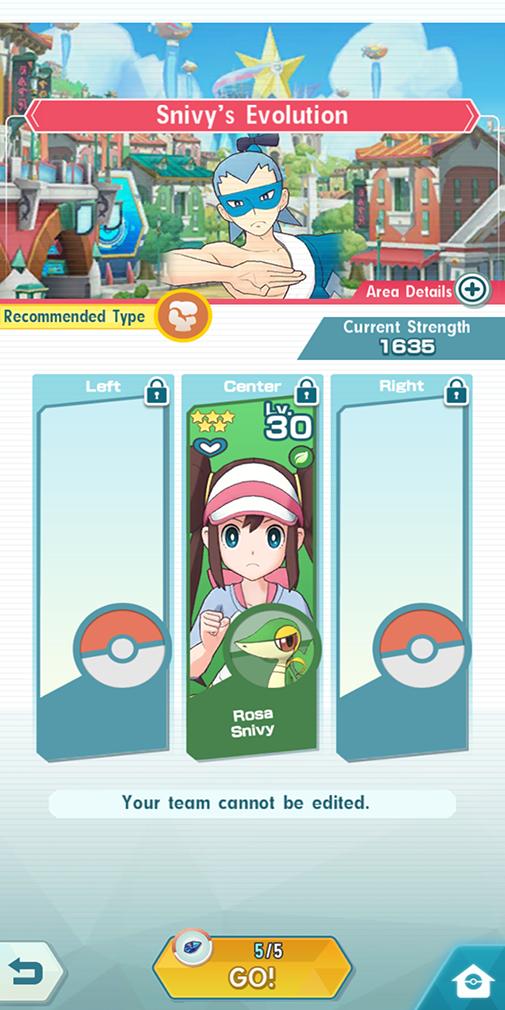 What you want access to first for Snivy, Piplup, and even Seel, is to level them up to level 30. Upon reaching this, they will gain a brand Sync-Pair conversation, in which you will undertake a difficult 1v1 battle, and upon completion, will evolve. To access this first stage evolution, you will need five evolution shards, which can easily be acquired by exchanging coins in the shop.

This is the only evolution Seel has, but Snivy and Piplup can go a step beyond. They gain another support conversation at level 45, giving them access to their second stage of evolution. The problem here is that you will need three evolution crystals, which after your first purchase of three, become incredibly expensive, at 300,000 coins for just one.

This means, pick your favourite between Snivy and Piplup now because only one of them will be reaching their final stage of evolution easily.

Once you unlock this tough 1v1 fight, you will quickly realise that you're not strong enough. They're just too tough at first, and to get past that, you will need to level up.

Most characters have their first level cap at level 30, this means you will need to go beyond that.

Luckily, you can replay missions in the Training area to easily unlock enough necessary materials to go past your first level cap, and you will need to do so for evolution. A level 45 Pokémon minimum is recommended.

In addition to boosting your level cap, just training your Pokémon in story mode will not be enough to get them strong enough to evolve, at least, not in any decent timeframe.

That brings us back to training mode, hammering away at the level-up training mode to get level up items. The first stage of the level up mode works well for a while, but the second stage will give you much better rewards.

Get a team strong enough to clear through the second stage, and keep doing so until you can level and evolve those Pokémon. A level 55 Pokémon is recommended for the second stage evolution battle.

3
A strong team to auto battle

Basically, in order to clear training mode enough times to earn all of these items, you will need a really strong team that can auto battle for you, so you don't have to worry about it.

Well, you already know how to earn level up items, now it's just a question of getting that team of three all strong enough so they can tear through enemies without you worrying about them. Then you just need to be there to start the next battle when they finish up.

Is this grinding cheap? Maybe, but it's incredibly effective, and you'll easily get yourself a full team of level 45+ Pokémon, not to mention a few evolved creatures too…

The Ultimate Guide to Pokémon Masters