Pokémon Masters is finally available to download. We've been waiting for far too long, and now we can finally jump in to DeNA's brand new and expansive Pokémon game, and as many of us had guessed, this is the closest to a mainline Pokémon game that mobile has ever had.

In Pokémon Masters you will be taking on enemy trainers with a bunch of sync partners - that's a trainer and a Pokémon synced up - and you'll be collecting more partners, levelling up, and eventually earning all of the gym badges on this new island.

Along the way you'll meet dozens of familiar Pokémon trainers and have brand new adventures with a Pikachu and a bunch of other pals. You know, the usual Pokémon fare.

In this guide we're going to break down the quick essentials you need to jump into the game, and you'll soon sink right in with Pokémon Masters. 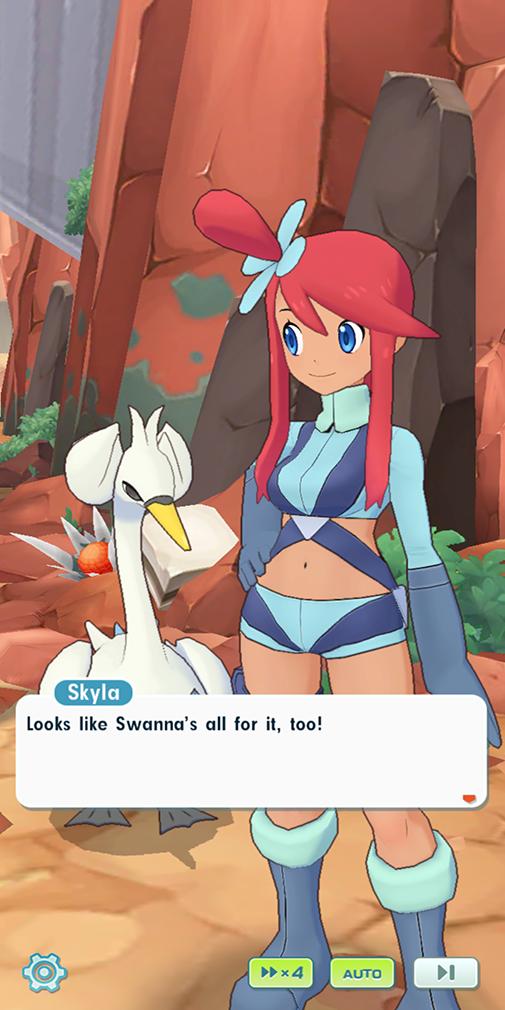 The first thing you should know is that battles in Pokémon Masters take three sync pairs to undertake, and at the beginning of the game Brock and Misty will be willing to help out. No Ash, though - this is the proper Pokémon canon.

You can tap on an enemy to focus your attacks on to them, and when it comes to support moves, you'll be able to select one of your partner Pokémon to use them on, or it'll affect all Pokémon on your team.

The three on three battle style isn't a big change, a bigger change is the real-time energy meter you have at the bottom of the screen, stopping you from using too many big attacks. This is unique and refreshing when compared to the mainline series games, though that certainly doesn't mean I would prefer this meter in other Pokémon games…

1
Forget the types you know

When you fight against Pokémon, there will actually be an icon next to their health which reveals what type of attack they are weak too, and there won't be a variety, there will be one type.

This means your existing knowledge of Pokémon strengths and weaknesses is all for nought, and you must follow what the game suggests.

It's not all bad though, it simplifies some things. Just make sure to follow the advice of the game and use the types it suggests when possible. However, overall power tends to outweigh type effectiveness in this game.

Once you start fighting against some trainers that are a bit tougher, you will need to prepare yourself. Type effectiveness does matter, but the level of your trainers matters even more.

You will need to level them up, which can be done through the team menu, through the use of experience boosting items.

These aren't the most common, however, if you take on the Level-Up Course in the training area you will be gifted with experience items upon each completion, which you can take on over and over again. This is a nice, quick, and easy way to level up your characters to around level 30. Past that is a bit harder.

These moves do not require energy from the meter at the bottom, and are perfect to use when you're waiting for that energy to recharge.

Alternatively, smart usage, like boosting your attack stats, can lead to victory on tougher opponents you might otherwise struggle against.