Nexon's popular MMO Axe: Alliance Vs Empire is getting a sizeable update that includes a new PVP mode, new companions, new outfits and other fun stuff. We reviewed Alliance Vs Empire earlier this year and thought it was worth a try.

The headline feature of the latest update is the new PVP mode. This new mode is called Squad Strike. Players will face off in teams of 3 in 1 on 1 battles that take place one after another. This means that when you're not in the hotseat you'll be spectating your teammate.

You won't just have to be a cheerleader though. Whilst watching you'll have the ability to debuff your enemies alongside giving special skills to your allies to help them out. It sounds intriguing, making everyone effectively play a support role at some stage. 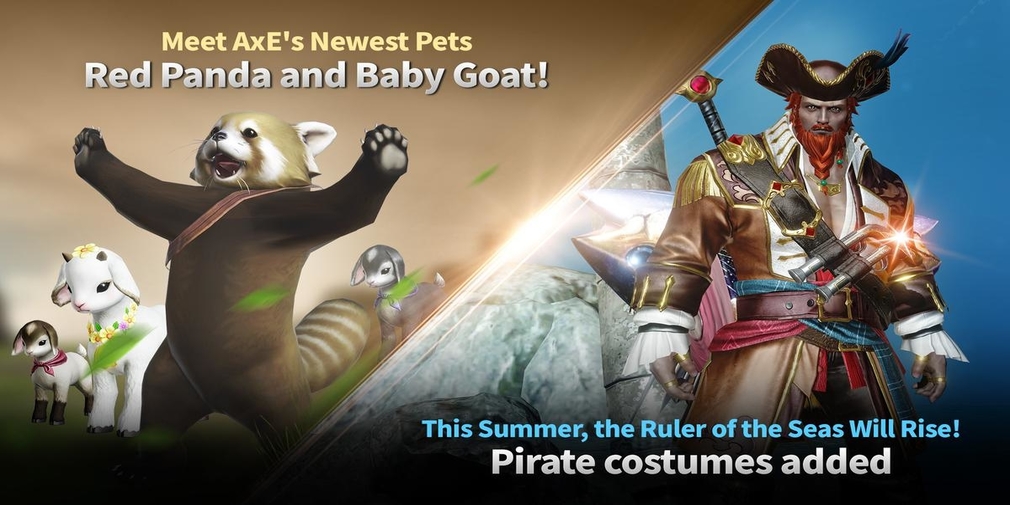 Now the stealth headline feature is two of the new companions that will be available. These are a red panda and a baby goat, both of which are very cute. They come in four variants each with two of the red panda variants sporting backpacks. I think the brilliance of that pretty much speaks for itself.

There will also be the Enchanted Sea Mining Event where players will fight event dungeon monsters to earn coins that can be used to upgrade your pets and their gear. Gotta keep that red panda in top shape

Other updates include increasing the gear enhancement level to 25. You'll also get a little visual reward once your equipment hits that level in the form of a sparkly rainbow effect around it. There are also new pirate costumes for players to match the latest event.

If the inclusion of a red panda was the clincher that you needed, AxE: Alliance vs Empire is available now on the App Store and Google Play. It's a free-to-play game with in-app purchases.