A restaurant sim with a horror twist

The game puts you in charge of developing your very own Freddy Fazbear’s pizza restaurant. It’s up to you to pick the restaurant’s attractions and décor while making sure that the equipment, including arcade machines, continues to operate smoothly. 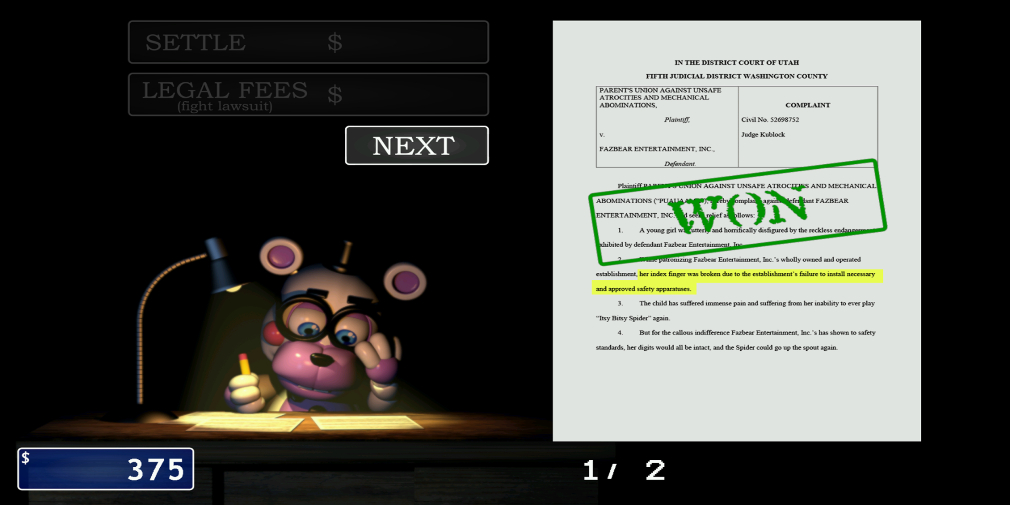 After a stressful day of keeping everything afloat, you’ll be left to sort through paperwork and close up for the night. Any revenue made during the day can be reinvested back into the restaurant, with you gradually growing your burgeoning business into a full-on pizza empire.

What starts out as a fun restaurant sim slowly takes a turn for the worse, with the series’ classic horror elements creeping their way in. Soon, you’ll uncover the truth behind what’s really going on at your restaurant and who’s been pulling the strings the entire time.

Clickteam, the developer responsible for porting it over from PC, is working to update the mobile versions of Five Nights at Freddy’s 1-5, adding high-resolution assets and support for mobile device-sized screens. You can expect to see Ultimate Custom Night, a PC exclusive, pop up on iOS and Android in the near future, and all 7 games are also headed to console.

If you’re a fan of the series or fancy dipping a toe in for the first time, you’ll find Five Nights at Freddy’s 6: Freddy Fazbear’s Pizzeria Simulator available for download now over on both the App Store and Google Play. It’s currently priced at $2.99, which is in keeping with the earlier games, and I've heard plenty of good things about it from when it originally launched on PC.