Take charge of the ocean alone or with friends

Ships of Glory is a tactically demanding naval combat sim that doubles as an ambitious MMO. It comes to us from developer Top Secret Developments, and it’s now available for both iOS and Android.

Gameplay is perhaps best described as a never-ending deathmatch that sees you navigating a large, detailed environment full of ports, islands, and strategically placed passages. Generally speaking, there are no rules to limit player engagements. Though while a tier 1 ship, the lowest tier, can explore the same area as a tier 5 ship, the highest tier, there’s no need for them to engage in battle. Plus, tier 1 ships tend to be much faster, so they can make a quick escape if need be.

You’ll have a varied selection of ships at your disposal, including Destroyers, Patrol Boats, Torpedo Boats, Cruisers, Dreadnoughts, Battleships, Submarines, Hospital Ships and Cargo Ships. Each performs in its own unique way, and smart use of the correct ship at the right time will take you far.

They all have differing attributes that you’ll need to learn and formulate strategies around. And to keep things fresh and challenging, both the Cargo and Hospital ships have their own special missions to complete within the combat arena. 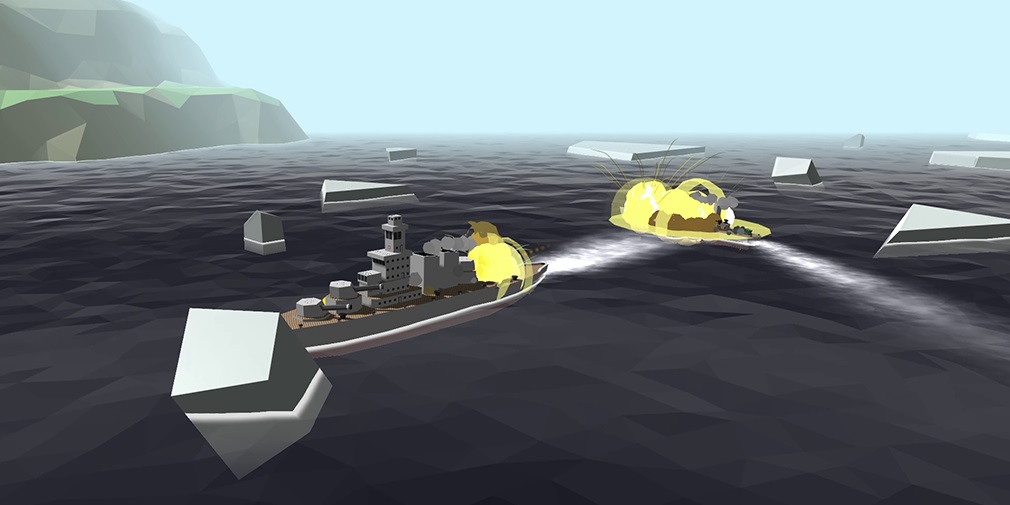 And what sort of naval combat sim would Ships of Glory be without an assortment of explosive weaponry to utilize on those unlucky enough to cross your path? On top of the standard turrets and torpedoes you also have depth charges, hedgehogs, and devastating mines to make quick work of your rivals.

If you’re struggling in the multiplayer mode, you may want to give the training arena a go first. This is designed to let new players with low tier ships get some practice in and master the basics before heading into the online portion.

If you’re still finding it a little tricky, teaming up and working together with friends is made easy thanks to the game’s built-in friends system. Green blips on your radar are friendly ships, and – thankfully – friendly fire is disabled. Interestingly, you can also send other players some currency as a reward for helping you in battle.

If you’re on the hunt for a top-tier naval combat sim, look no further than Ships of Glory. You’ll find it available for download now on both the App Store and Google Play.