The popular JRPG Astral Chronicles has today announced an intriguing crossover event with its predecessor, Law of Creation. When next you log in, you’ll find fan-favourite character Pandora ready and waiting to join your crew and take on the forces of evil.

Pandora is notable for her independent alternating personalities and immense magical powers. Now in her final weapon form, she makes her grand appearance to the Astral Realm today. And from August 19th to August 27th, you’ll be able to collect her limited-edition bridal dress. Check that out in the pic below. 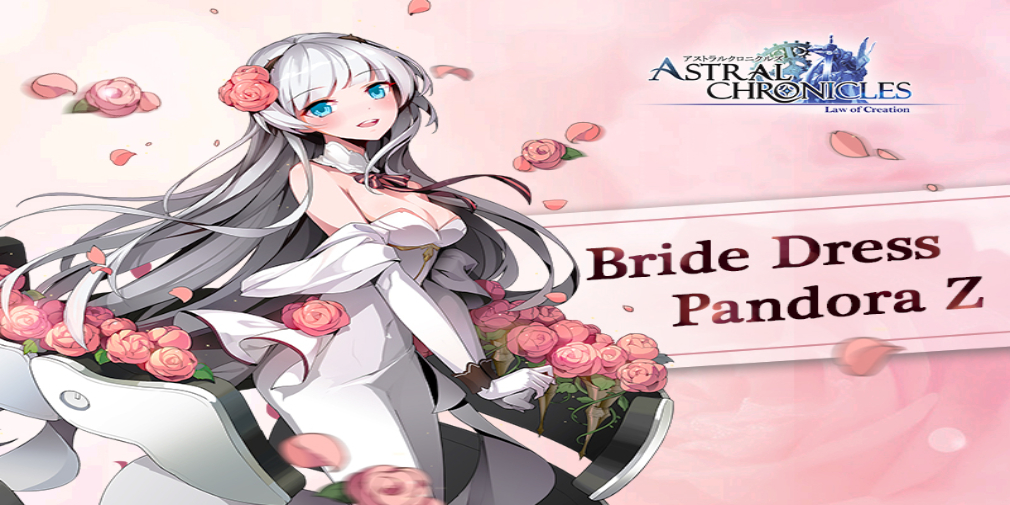 The arrival of Pandora also signals the countdown to release of the silver moon battlefield later this month. This new cross-server PVP mode is set to challenge even the most battle-hardened players out there. You’ll have to formulate your own meta by working to create the most powerful combination of heroes, all in an effort to crush your rivals in intense, tactical combat.

Astral Chronicles, if you’re yet to give it a go, sees you playing as one of the chosen few who can challenge fate itself. It’s set in a weird and wild world of magic, monsters, and insanely powerful teens. It’s all open and ready for you to explore as you please, with a varied selection of environments to uncover.

There are over 50 unique heroes to recruit into your party, all with their own unique abilities. Combat is fast and flashy, with your explosive magical powers lighting up the screen. You’re free to select between 5 distinct classes: Warrior, Guardian, Sorcerer, Chanter, and Ranger – each offering their own playstyle.

If you’ve been looking for a decent RPG to while away the hours, you’ll find Astral Chronicles available for download now from both the App Store and Google Play.