After Tencent announced it last week, Season 1 for hit auto battler Chess Rush has now landed. ‘The Rush Begins’ gives you the option to earn bonus rewards with the Chess Souls pass, and it also signals the release of Stinger and Gluttony – the new undead heroes.

During ‘The Rush Begins’, you’ll be able to nab yourself some exclusive seasonal rewards by logging in daily. Those who opt to go for the Chess Soul pass can expect up to 17 times more rewards. I can’t say for sure but that seems a little excessive to me. 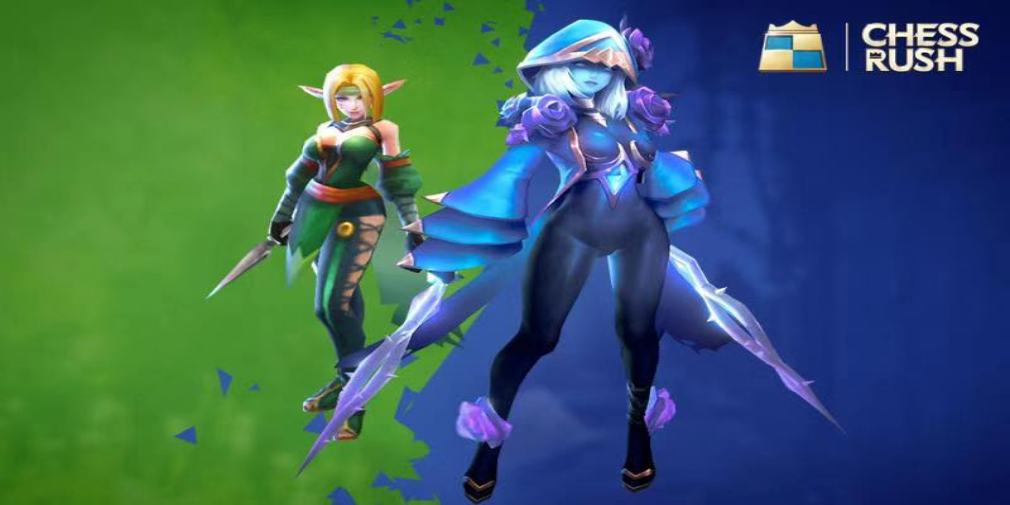 Stinger, one of the two new characters, has a bit of backstory behind her. Basically, when researching a mysterious relic, Stinger found herself a cloak with a rose on its hood. As most folk would, she tried it on and the rose suddenly sprung to life, its thorns grabbing hold of her. The soul within the cloak has now permanently attached itself to Stinger, meaning she is no longer living or dead.

You’ll now be able to add Stinger and Gluttony to your ever-expanding lineup, and I’m sure the addition of new characters will force players to rethink some of their established tactics in order to defend against/ make use of the undead heroes.

Next week, you’ll be able to team up with more friends than ever before in the 4v4 Squad Clash mode. Teams will be matched up against another from anywhere around world for intense and strategically demanding battles. New boards are also set to arrive to keep the look of the game fresh for dedicated players. Look for 4v4 mode and the new boards next week.

If you’re yet to give it a go, we reckon Chess Rush is one of the best auto battlers around. We’ve previously compared the big three – Auto Chess vs Dota Underlords vs Chess Rush – which should hopefully help you decide between them.

Chess Rush is available for download now over on both the App Store and Google Play.