Plus a new shiny to collect

Forget Christmas, the true time for gifts is August as far as Pokemon Go is concerned with its new event that's live now. Running from now until August 19th players will see a variety of Gift related bonuses as well as the opportunity to hatch a new shiny. If anything, it should provide a nice Pokemon fix until Pokemon Masters releases later in the month.

The new shiny will be Bonsly, an adorable plant who eventually evolves into Sudowoodo. The little bonsai tree will only be available in eggs, specifically the 7km variety. If that makes you sigh a little on the inside then don't worry, if you regularly play with friends it might not take as long as you think.

During the event, eggs received as Gifts from your friends will only take 2km to hatch, regardless of their original type. This means so long as you're regularly swapping eggs with your pals they'll hatch in no time. The event will also see an increased chance of any eggs being 7km, thus increasing the likelihood you'll be able to claim the new shiny. 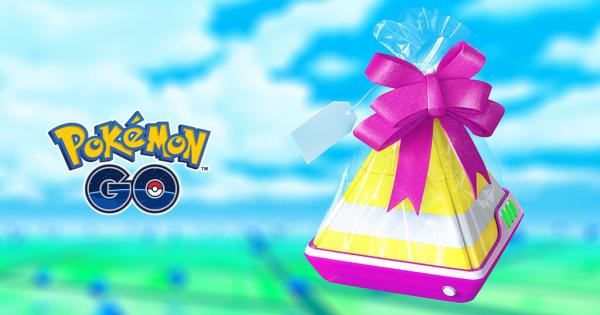 If you've got a busy few weeks and won't be able to hatch your eggs within the event window don't worry, they'll still only take 2km to hatch so long as you received them during the event. The number of Gifts you can carry will also increase from 10 to 20 during the event and similarly you'll be able to receive 30 instead of 20 in a day.

If you've not played Pokemon Go yet then it's available for free on Google Play and the App Store. It's a game that keeps changing with the most recent update being the addition of Team Rocket and if you're wondering what that adds check out our guide.