Great news today for RPG fans as Battle Chasers: Nightwar has finally made its way over to the App Store and Google Play. Make no mistake, this is a fully-fledged RPG on mobile, boasting console-quality graphics and over 30 hours of varied content.

You’ll begin your adventure in the quaint town of Harm’s Way, where you’ll get kitted out with some novice gear and become acquainted with the game’s turn-based combat. Before long, you’ll set out to traverse ancient raid dungeons, take on menacing bosses, and gradually work your way toward becoming a hero for the ages.

There’s crafting, tons of NPCs to encounter, an intriguing mana system, and even a fishing mini-game, which is how you know it’s a proper RPG. It is of course based on the best-selling comic book series “Battle Chasers” by Joe Madureira, so you can expect an enjoyable, epic narrative to boot.

I don’t think I’ll ever get over when developers manage to cram such extensive games onto mobile. This one in particular seems pretty darn huge, which makes me a tad concerned about it eating through my S9 battery in all of about an hour. 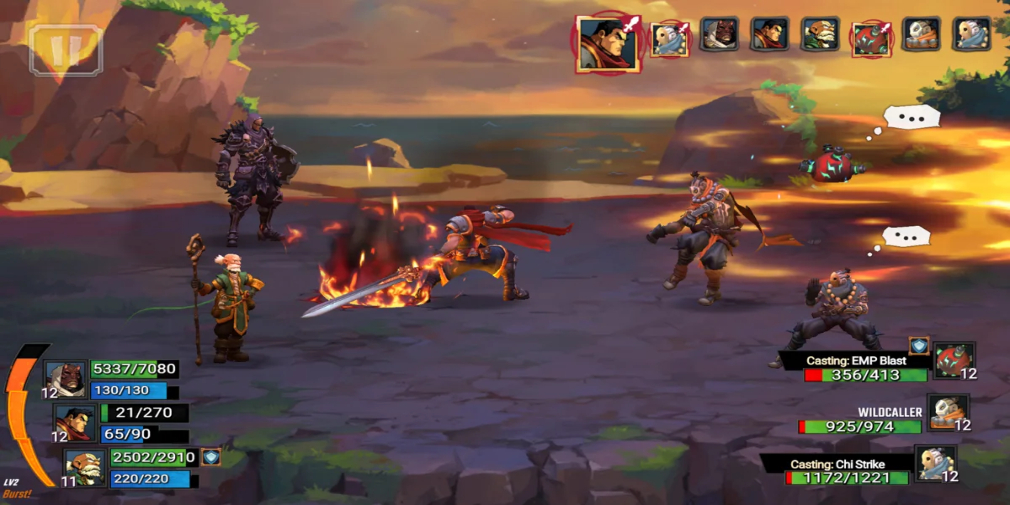 Battle Chasers was actually ported over to Switch last year, where it seems to have found a fairly dedicated playerbase. Critics were similarly happy with it – praising its combat, visuals, and old-school charm.

So if you’re in the mood for a classic RPG adventure, you’ll find Battle Chasers: Nightwar available for download now over on both the App Store and Google Play. It’s currently priced at £8.99 or $9.99, which might seem like a lot until you realise that it’s $40 on Switch.

Digimon ReArise is a new Digimon RPG, pre-register now on Android and iOS