Adventure Islands’ Total Party Kill is a simple game with a killer concept. It spawned out of a game jam with the theme “sacrifices must be made”, which may give you some idea of what it entails. Basically, it’s a dungeon-set puzzler where progress can typically only be made through killing one or more of your 3-person party.

There’s the mage who can turn his ex-friends into sliding blocks of ice, the knight who can send his comrades flying with a single swing of his sword, and the archer whose arrows can pin his buddies to any wall, effectively turning them into fleshy platforms. 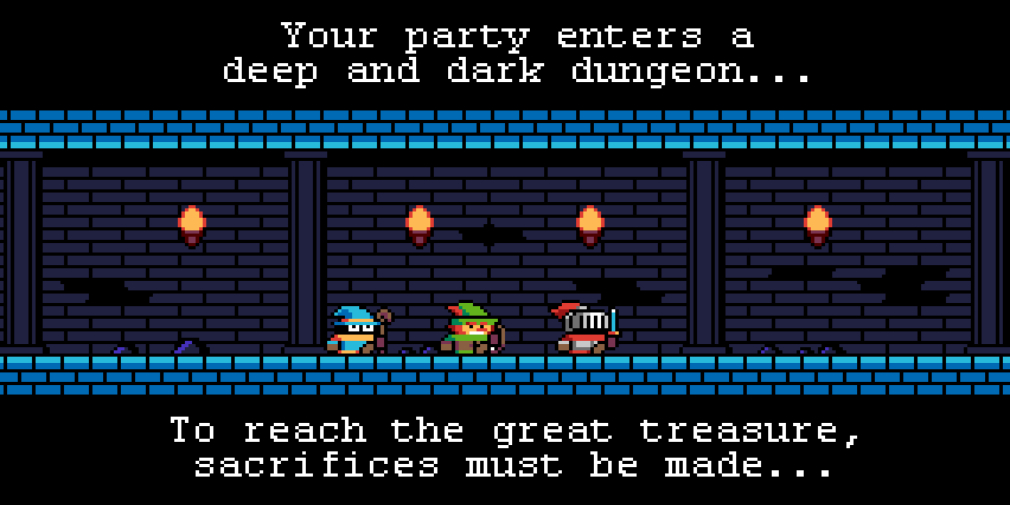 Mechanically, it’s all very straightforward, with only a few touchscreen commands open to you throughout the entirety of the roughly 2-hour adventure. Where things are intended to get a little more complicated is in the ever-evolving ways you’ll need to make use of the characters' unique abilities.

You might be challenged to press a button that’s sitting snugly behind a long row of spikes. So what do you do? Well, you could get the knight to hop on the spikes – killing him in the process – then switch over to the mage and freeze his corpse into an ice block, hop on said block, then switch to the archer who can of course nudge the block along by firing his arrows at it.

There are typically several ways to complete each level – something you might not even realise at first as you struggle to finish stages with anything close to a clean, no-kills solution. For sure, there are moments of genuine surprise as everything clicks into place and a potential approach becomes oh so clear. 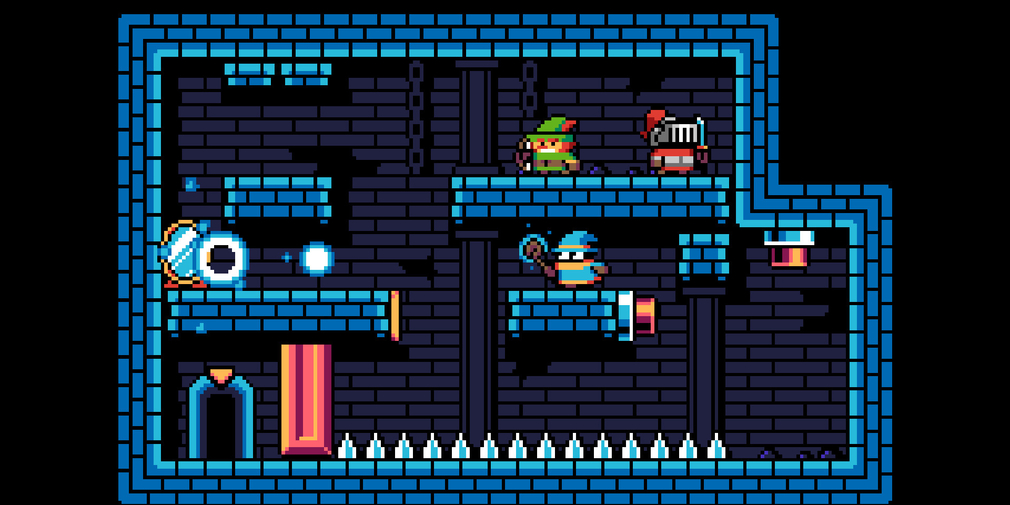 Though by the time it feels like you’re into the game proper, you’re already around a quarter of the way through TPK’s 60 fleeting levels. Games as short as this need to constantly make the best use of the limited time you spend with them, but the reality is that the pacing here sags often, making for an intermittently arresting experience.

Sure, five iffy levels might be bookended by two slightly more remarkable ones, but that batting average simply needed to be higher. And this gradual sense of stagnation isn’t helped by the visual monotony that persists throughout. In general, TPK's pixel art is impressive; but it has one sole look, without so much as a change of colour palette up its sleeve.

As ideas and visuals are repeated, though not necessarily elaborated on, Total Party Kill stumbles. Thankfully, it picks up again right before drawing to an end, where there are several back-to-back levels that finally come close to achieving the concept’s full potential. But then, just as it starts getting good, it’s over.

The problem isn’t necessarily that it leaves you wanting a sequel so much as it leaves you in search of a triumphant culmination of your learnings. That feeling might have come if only the game had gone on for another 20 levels, but – at least for now – it doesn’t.

There’s something to be said for games that stick with one simple idea and explore it thoroughly, though I feel TPK has pushed against the limits of that approach and come up short. Even with the potential to go for a “no kills” or more experimental run, there’s still a lack of meat on its bones that could have elevated it toward being a more fully-realised take on what remains a stellar concept.

Total Party Kill is a solid puzzler that regularly struggles to make the best use of its killer concept
By Cameron Bald
| Aug 2, 2019 |
iOS + Android
Find out more about Total Party Kill