Marvel Ultimate Alliance 3 has only just hit store shelves and already we know of 4 additional characters who’ll likely make their way to the game as free post-launch DLC. The characters were discovered after damaminer Demonslayerx8 spent a good deal of time rummaging around in MUA3’s code.

Their time was well spent, as they uncovered both the 4 unannounced characters and an unbelievable 49 DLC character slots. We’ve known for a while who a few of the expansion pass characters will be, with Loki having already joined the team as a day-1 addition. Colossus and Cyclops will be next up, both set to arrive on August 30th.

From there, you can expect to see other fan-favourite anti-heroes such as the vampire Morbius, Punisher, Moon King (isn’t he a Dark Soul’s boss?), and Blade. Last – and very much least – there was also the announcement that the Fantastic Four will eventually be playable. The expansion pass is currently priced at $19.99 or £17.99.

Perhaps the biggest news today though is that we’ll also be getting a handful of (seemingly) free DLC characters as part of the game’s ongoing updates. These guys include Black Bolt, Medusa, Vision, and Valkyrie. All credit goes to dataminer Demonslayerx8 for finding all this info (and to Nintendo Life for reporting on the discovery). 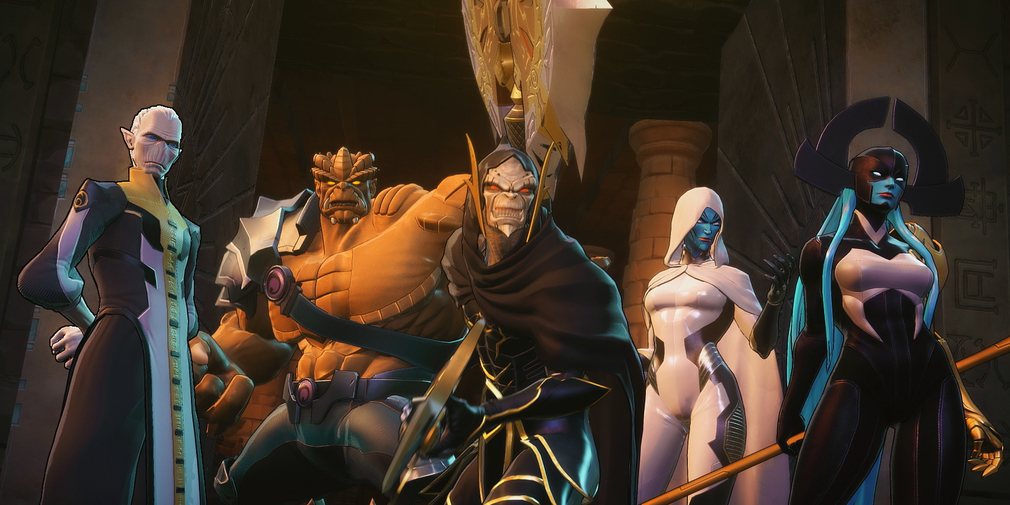 Marvel Ultimate Alliance 3 is already putting Infinity War and Endgame to shame in terms of just how many iconic Marvel characters are set to show up. With 49 slots to fill, I wouldn’t be surprised if they eventually start adding the likes of Hellcow, Asbestos Lady, and Leather Boy.

Our glowing review of Marvel Ultimate Alliance 3 is out now for all to read. It sounds like it’s perhaps the best entry in the series yet, and the promise of so many playable characters makes it all the more enticing.