In the discombobulating world Etherborn, the laws of physics have been given a refresh. It’s a puzzle-platformer where you experience gravity perpendicular to the surface you’re currently standing on. This is something that makes a whole lot more sense when you actually see it in action.

After having just been born into a strange new world, you’ll head out to search for the source of a disembodied voice that continues to call to you throughout. It’s not a particularly welcoming voice, with it intentionally coming across as an ethereal narrator rather than an actual, reachable person.

You progress by scaling a gargantuan tree, only being held back by the occasional roots that can be torn away through completing levels. As I was playing it in my living room, members of my family would stop, stare, then say something along the lines of “oh, that’s cool” before getting on with their day. And, yeah, it can absolutely conjure up some striking visuals from time to time, with clear inspiration having been drawn from 20th-century artists such as M.C. Escher and Giorgio de Chirico.

Its aesthetic qualities come together to create a sleepy vibe, from the soft, hazy visuals and the calming score to the slight and pleasing rumble of the Joy-Cons. I was genuinely close to nodding off more than a couple times during my playthrough, which wouldn’t exactly be a plus with any other game.

While you could easily draw comparisons between Etherborn and something like the Monument Valley games, the reality is that it’s less about messing with perspective to reach wonderful “aha!” moments and more about painstakingly searching each and every structure for, what are in effect, giant glowing keys.

This focus on exploration-based puzzling wouldn’t be an issue if the game made full use of its perspective-shifting premise. But it doesn’t; not by a long shot. The environments and their challenges remain much the same throughout. It introduces plenty of ideas – toxic goo, rapidly-appearing barriers, etc – then does almost nothing with them. 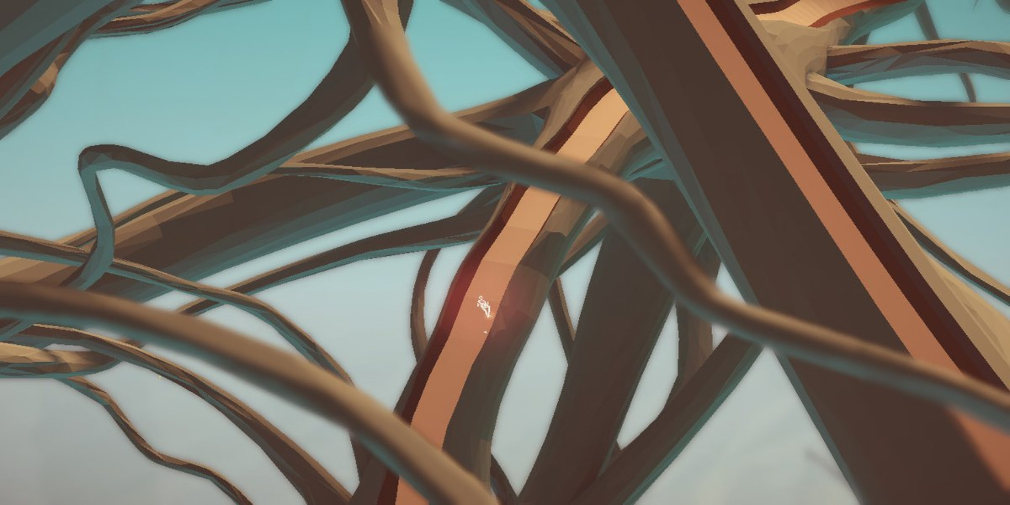 There was one point where I saw a platform far off in the distance that I realised was technically below me, so I jumped off the side of the world and came crashing down onto it. This was one of the perhaps 3 times the game’s exploration was advanced beyond the most basic of platforming challenges.

Too often does it feel like the challenge stems not from any sort of recognisable puzzles but from the requirement to tediously explore every nook and cranny of the levels. By the time you’ve reached the fourth and fifth chapters, the structures have grown so sizable that it becomes tricky to remember where you’ve been and what hidden paths you’re yet to explore. If I hadn’t already been aware that the game was wrapping up, I might well have just stopped playing then and there.

And while you can manipulate it slightly, the camera often conceals what would otherwise be a blindingly obvious pathway, meaning you end up having to rely on the little curves that signal exactly where you can switch perspective/gravity itself.

It’s telling that its most effective moments are the ones where you’re simply travelling between areas, between yet another elaborately constructed though tedious structure, between the game proper. 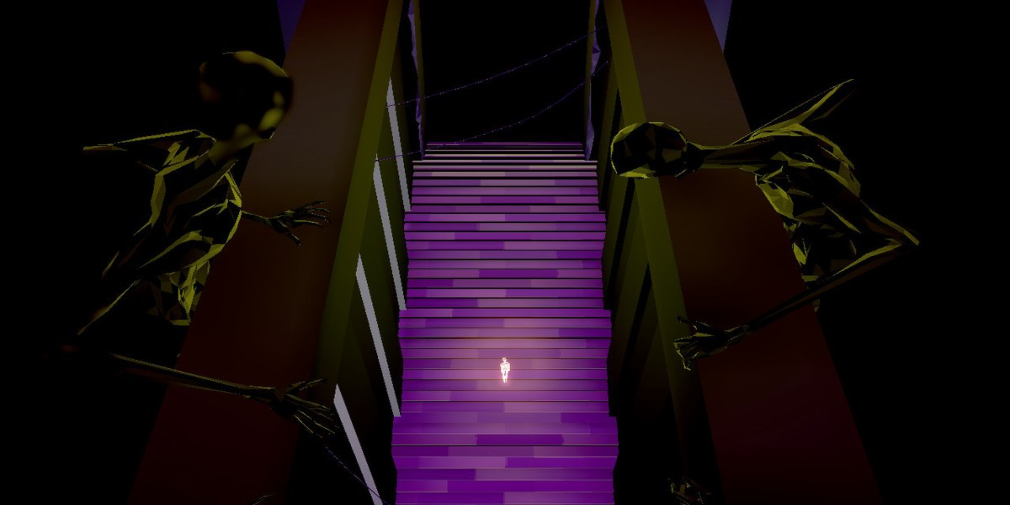 It certainly looks good and sounds even better, but, at every turn, you can feel it straining to add up to more than just another aesthetically pleasing indie. It falls into the same troubles that so many games of its type do where the intended impact, whether emotional or in some way spiritual, is seen but never felt.

I’ll perhaps carry some of its visuals and moments of quiet wandering with me, though there’s nothing here that sinks its claws in, challenges you, or carries weight: Etherborn is ultimately fleeting in both gameplay and memorability.

Despite some striking visuals, Etherborn carries little weight; it's ultimately fleeting in both gameplay and memorability
By Cameron Bald
| Jul 18, 2019 |
Switch
Find out more about Etherborn
SEE COMMENTS