Alchemy War is a low-poly, RTS with in-depth unit control and its beta is live right now

The RTS genre always felt like one which would port over to mobile devices and their touch screen almost perfectly. Despite this there are very few real time strategy games which deliver the fast pace and unit control of the late nineties Alchemy War's aim is to emulate those two particular elements and deliver it as a quick, easy to play experience for all of us.

In practice Chessia Games' debut title splices together several evolutions from over the years together. Alchemy War ends up as a fusion of Moba and roguelike elements, while also channelling the 'tactics' style levels from the larger RTS games of the late 90s. Those Command and Conquer and Starcraft levels where you had a finite amount of specialised units but had to clear an entire level against the odds.

What I like the most about it, however, is the character of it all. Each unit type is visibly different from the other, and it is easy to tell what each does just by looking at their character. There are also cartoon words which cfloat off of defeated enemies, and I happen to be a complete sucker for games where units talk when selected. It oozes care and attention to detail.

Alchemy Wars biggest problem at the moment is the UI, each of the units (which are selected before the match by placing them on a grid) have their own tab to quick select them, each of which has an ability attached. You've then got a loot bag, a mini-map, an objective menu and an extremely useful tactics bar. I use a Huawei P-Smart (Fig LX1) which has a 5.65" display — a screen which was definitely generous not too long back — and some of the smaller text is almost unreadable, especially when the phone is held in a relaxed pose. 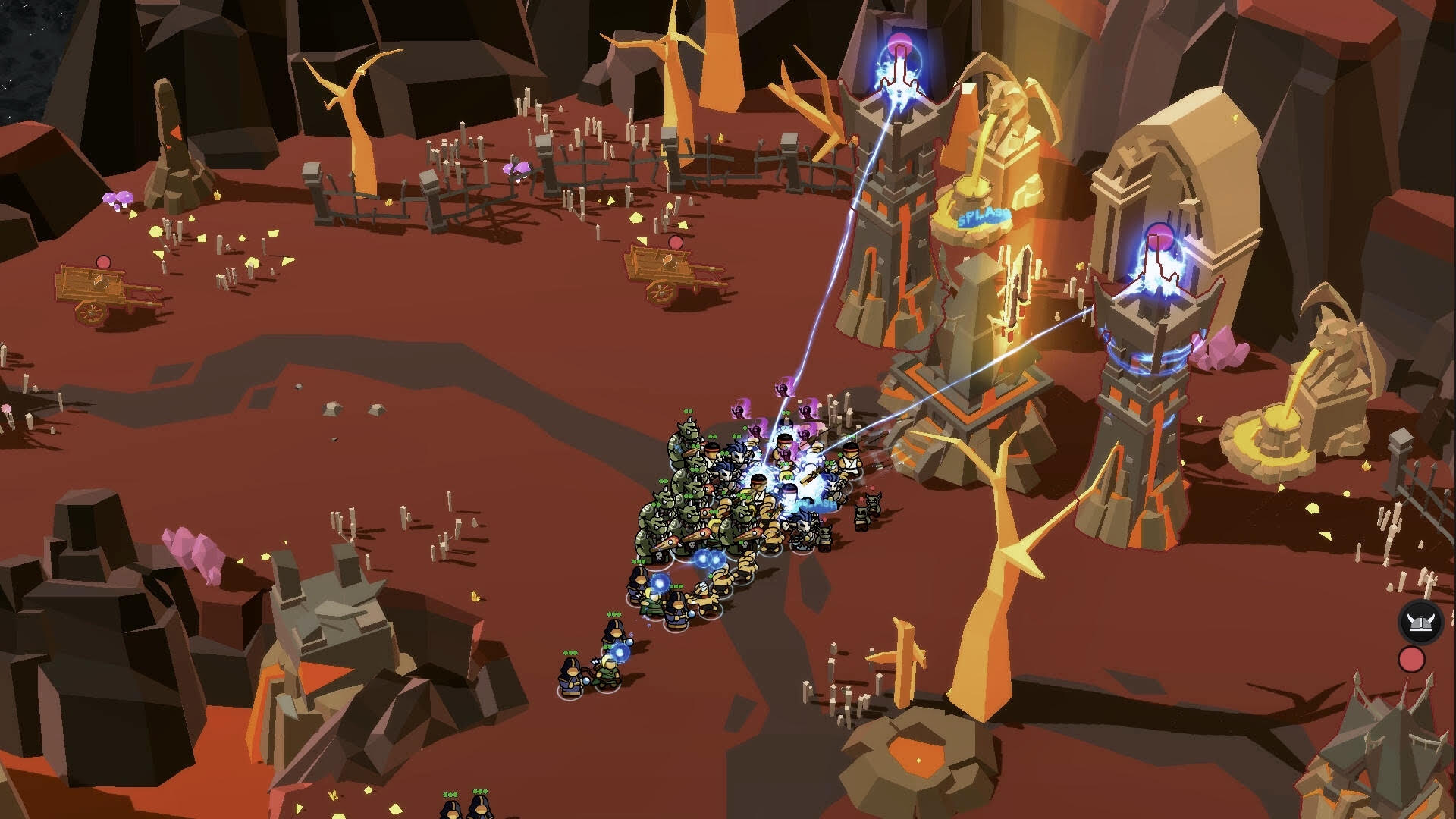 You can currently play through the beta version of Alchemy War, subtitled as Alchemy War: Pioneer, on the Android store. At the moment only the Human kingdom is open to be conquered and the game is very much still in development, but you can definitely get a decent feel of the combat and how story will lace between missions.

There's a new version being released early next month, it'll be much more feature rich and will include game performance, balance and content updates. Notably players will be able to access all six kingdoms, 43 dungeons and more than 120 unit types.

"Multiple Strategy Combinations 6 Races for you to choose: Human, Orc, Devil??, Undead??, Wild??and elves.Over 120 creatures with unique abilities. You need to flexibly match the attributes of the magic elements, the resistance of the boss, the skill attributes of the races and the restraint relationship to deal with different battles: siege stations, tower defenses, confrontation battles, etc... full of interesting strategies game!

The magical theme of alchemy. The sounds effects, art, animation, heroes, and races of the game all are based on alchemy,which make players feel very interesting. The unique Low Poly art style will make players shine in many homogenized games.

In this best RTS game, you will conquer six kingdoms and 43 dungeons to gain precious magic scrolls and magical foods, and learn alchemy and magical arrays to enhance the attributes of the creatures. Finally, win the war and achieve revenge!

Up to 12 Strategy Gameplays

With RTS as the core gameplay, it also combines 12+ gameplays such as dungeons, moba, and black fog, and hundreds of strategic combinations to meet your every need! Enjoy the fun of strategy games in it!"

You can download the latest build on Google Play

Read more about the latest mobile and handheld news in our dedicated section.
SEE COMMENTS