Blood, sweat, and controller breaks: A day in the life of a Smash Bros. Tournament

In the eSports community, Super Smash Bros. has struggled to gain a platform over the years - namely because its creator Masahiro Sakurai saw the game as a casual fighter and didn't want to discourage newcomers. It took a good chunk of time before Smash was officially welcomed at big-name events like EVO, but the game is finally starting to get the recognition so many people think it deserves.

It might not be on the same scale as the likes of League of Legends or Fortnite, but the Smash community is huge - top players are able to win upwards of $25,000 at tournaments. The latest iteration in the series, Super Smash Bros. Ultimate launched in December 2019 - right now it features a 75 character roster including household names like Mario, Sonic, Pac-Man, and Pickachu, alongside lesser known combatants like King K. Rool, Little Mac, and Joker from Persona 5.

Sure, that's an impressive line-up of gaming heroes, but its the game's devoted community that makes the title truly special.

It's a mild, windy morning; above Manchester's skyline, the sun is ready to burst out and clear away the grey. Normally a football city, cut in half by loyalties, today the North Western metropolis plays host to SSM Manchester Conquest 3. Located in an exhibition hall at Manchester Metropolitan University, 96 eager competitors (myself included), have arrived to duke it out. 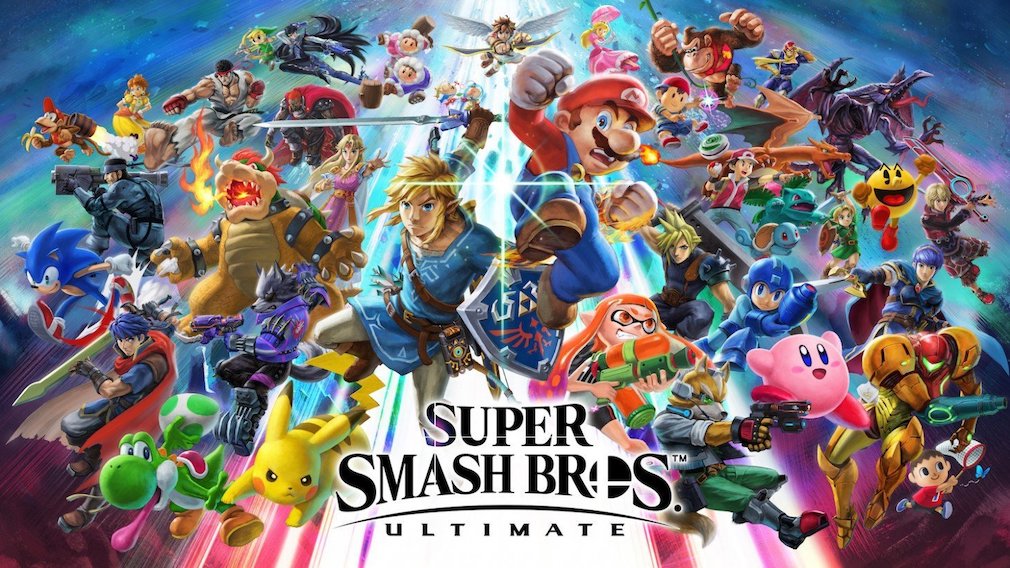 SSM, or Street Smash Manchester, has been running since 2015. For the first three years, the Smash tournaments were held at Bar 21, before the event moved to its new, bigger home. 22-year-old Boma Iringe from Essex (who goes by the tag Junko), is one of six organisers who helps run SSM.

"I used to go to university at Lancaster and that's how I got into the [Smash] scene. Then I started going to tournaments in Manchester before getting recruited to SSM. Now I'm at university in Cambridge, so it's a bit of trek to get here, but I enjoy running events. This is the first time we've moved out for an event so it's a bit daunting."

Like all of the competitors, Iringe is a huge fan of the Nintendo cross-over beat-'em-up. "I've always been into Smash. I started playing Smash Wii U quite a bit, and then when I moved to university, I was like oh, people play Smash here too. I figured out they held tournaments so I started coming to SSM. Everyone was really nice and friendly. I felt like I could make a lot of friends here as a result of that." 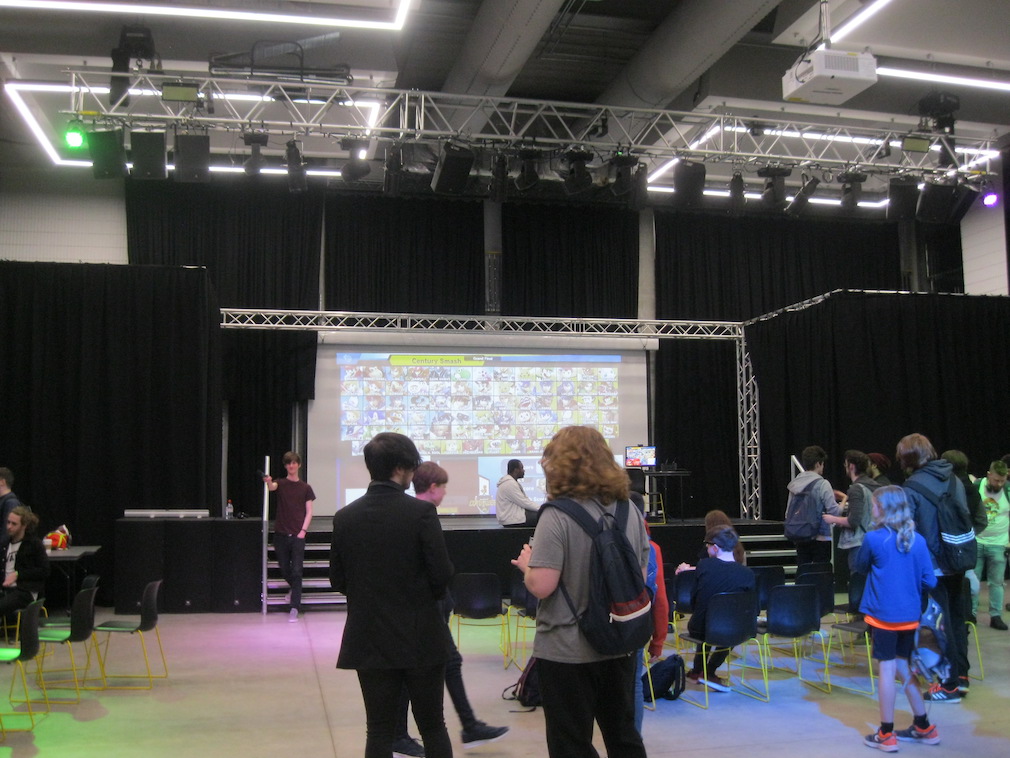 The clock strikes 10am - the time has come for me to contend. Could I actually shake up the standings? Well, to the surprise of no one - no, not really.

I consider myself reasonably good at Smash, having amassed more playtime across the series than any other game, yet these days I don't have the time (or the skills) to learn some of the quick-draw techniques and impressive moves that other competitors have honed for months in advance.

Doubles kicks off the day, and alongside my partner in crime - Dudecaker - we manage to progress to the second round reasonably comfortably. One of our opponents (Jaxter) is the best Falco player in the EU (and the 10th best player in the UK), so there was some reassurance as we readied ourselves for the next bout.

From there, everything went downhill pretty quickly. Though we put out a decent performance, our efforts were futile. Dropping out of the 'Winners Bracket' we ended up in the lower tier - at which point our scheduled opponents were disqualified for not showing up. Clearly, terrified by our prowess.

Through the third round, we again put up a good fight, but our dreams of glory were over before the clock had even struck 11. Never mind, the single bracket was calling.

This is the part in the story where we'd love to say that everything went swimmingly and I came out triumphant, but that's sadly not the case. Two for two losses meant I was out of the whole competition. Overcoming sweat and a lot of button pressing, Dudecaker shocked himself and made it through to top 17 - a personal best. Though disappointment had encompassed me, I had a blast competing, and was proud of how well my companion had faired. 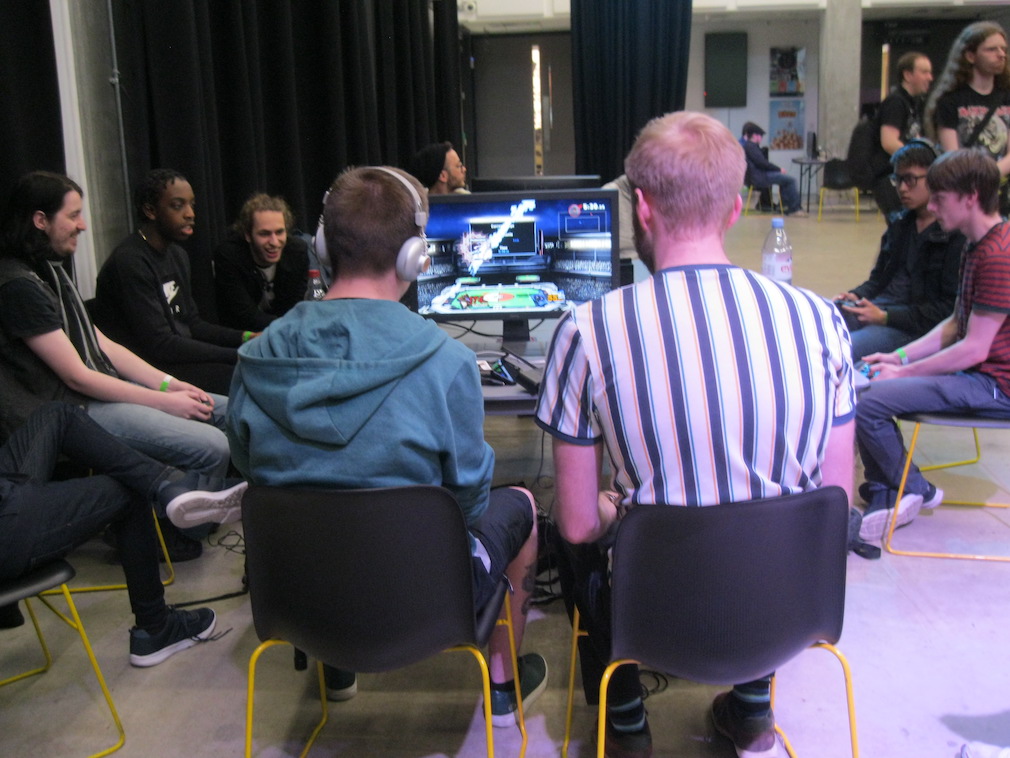 During the day there are fits of passion shown from the community as bitter rivals square off against one another, with their entourages of friends shouting in support. One match ends in a controller being hurled to the floor after the competitors wager extra money on the bout. Fits of cheers for the winner, while the loser contemplates every move made, pacing back and forth across the hall.

Surprisingly, several people were in attendance that weren't able to get into the competition due to lack of spaces . Leon Hall is 23 years old, and he's made the journey from Leeds: "I think the Smash Bros. Community is pretty chill, and it's fun to meet people. The community side is very diverse. You get early 20's but then you get younger and older people. It feels very diverse."

Hall then tells me why he thinks Smash Bros. is different to other fighting titles on the market. "I think it's the most unique fighting game. The movement options you have are insane compared to any other fighting game. Also, what's unique to Smash is that all of your special moves are easy to do - there's no Shoryuken input, it's just direction and B. Obviously there's crazy technical moves but generally speaking your moves will come out when you want them to pretty easily."

As the day progresses, fighters come and go but only one prevails. Jags 'CurryGovernor' claims first place, as well as the cool winnings of £336 - far-flung from some of the figures generated in America, granted, but a decent day's work all the same.

While Smash Bros. is gaining more traction in the eSports scene, there's a distinct lack of funding when compared to the other games it's competing against. SSM is a passion project for the organisers, with each working other jobs alongside.

"I think the main thing is the venues that we have," says Iringe. "Obviously eSports and a lot of technology in general is very big in the US, and as a result they have a lot of facilities to facilitate that. What Red Bull Games is doing is a really good start, and the Belong Gaming Arenas are good, but it's very small scale to what we could have. So, I think the main reason is we have a lack of money to build an infrastructure to support the likes of bigger venues."

In the US, Smash Bros. tournaments take place in arenas, conferences centres, and stadia. In the UK, it's only London that can boast such huge events, with Smash Major Albion 4, one of Europe's biggest tournament, set to be held at Emirates Stadium this July.

Smash Bros. is bigger than ever before, with fans in all corners of the UK, and promotors needing to take advantage. London might be the biggest city in the country, but a deeper field of players exist than those that can make it to the capital. To quote Field of Dreams: "If we build it, they will come."