Since its release, The Battle of Polytopia has been delighting millions of players with its mix of 4X gameplay and cute Minecraftian graphics. It’s designed with short, real-time strategic matches in mind – perfect for the mobile – and the auto-generated maps mean there are always surprises in store.

In The Battle of Polytopia, you select from an eclectic mix of tribes to start your conquest – some quirky twists on historical human civilisations, others ‘special’ tribes with the power to influence gameplay in unexpected ways. Which tribe you choose determines the kind of technology you have at your geometric fingertips, and can totally alter the course of a game. Now, there’s a new tribe in town: The Polaris. After the game’s developer Midjiwan AB hinted at their existence two years ago, there’s been much speculation amongst Polytopians about when – if ever – this chilled-out tribe would arrive on the scene. Now today, the long wait is over.

The Polaris are a special tribe which thrives in sub-zero temperatures. Clad in their Inuit-style hoodies, these beings are adept at fashioning homes out of snow, whale bones and animal hides. More significantly, they have the unique ability to turn whole regions of the map into ice by summoning strange, crystal creatures called Moonies. Gliding along in their skis, Moonies can make or break the ice – creating problems for rival tribes while expanding the Polaris’ territory. Plus, the more ice the Polaris make, the more money is generated and destined for the vaults of the ice bank for you to spend strategically. 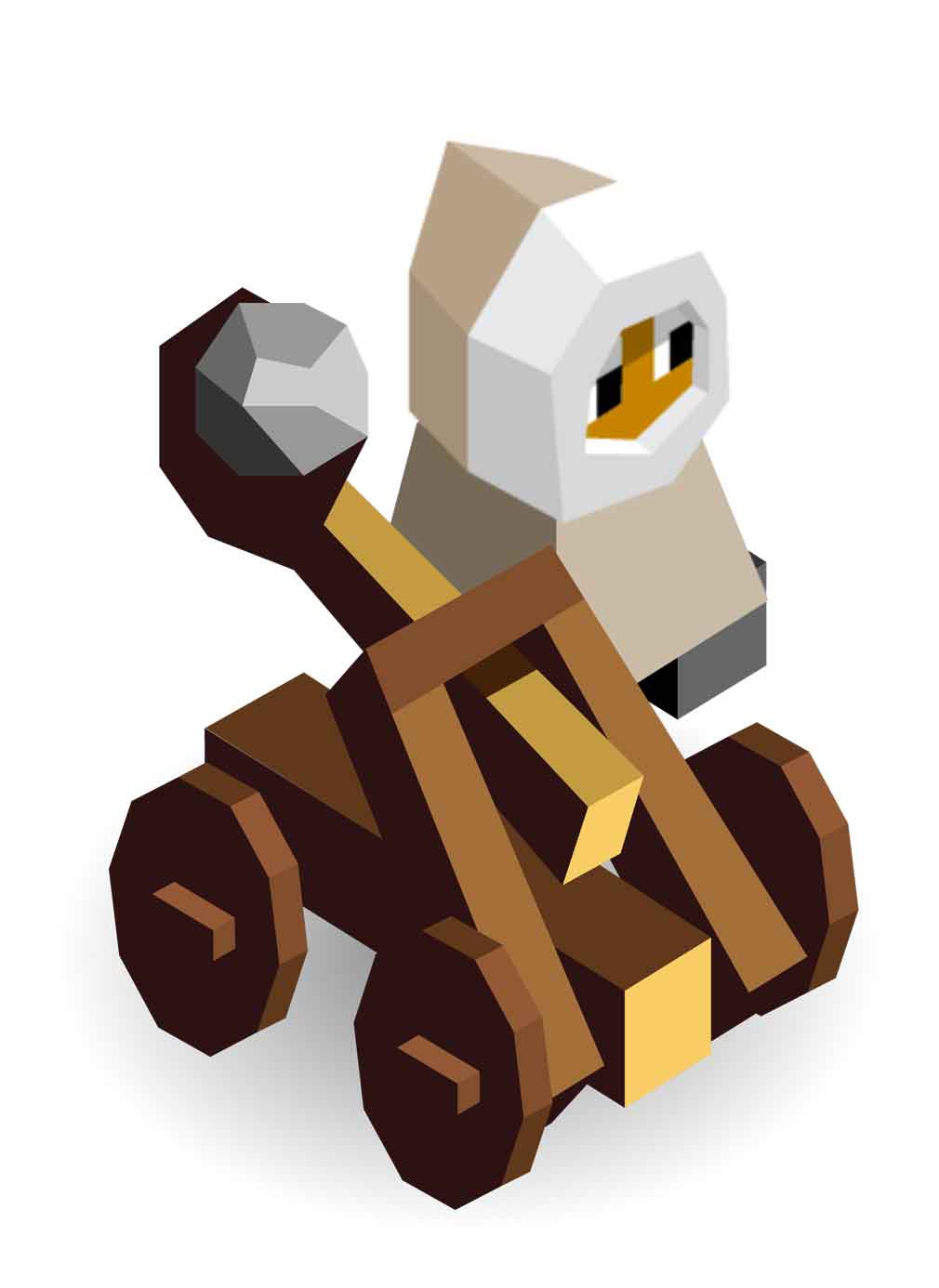 As with all tribes in The Battle of Polytopia, the Polaris have their own take on the essential units, from troops to buildings. The ice fortress is their equivalent of the battleship, capable of traversing frozen landscapes with ease. Wherever the land is ice-free, however, is where the behemoth struggles. They’ve also tamed the woolly mammoth to do some of the heavy lifting, both in terms of transport and fending off foes on the battlefield.

If you thought your favourite tribe’s archers were cool, they’ve got nothing on the ice archers of the Polaris. These warriors use bolts to temporarily freeze enemies, allowing melee troops such as swordsmen to finish them before they thaw. Then there are the Gaami – otherworldly beings who give the Polaris their magical ice-making abilities. When summoned, they freeze everything in their path and can turn summer to winter in an instant.

So why not give the news kids on the ice block a go? The Polaris update for The Battle of Polytopia is available now on Android, iOS and Steam.

Want more? Check out our growing collection of The Battle of Polytopia articles!