In most forms of media there's a small subsection of products which chatter away about a musty, grime-clad neon future/past which didn't or will not exist. Skylines bursting through neon-striped smog, the polluted cloudline hiding streets filled with thugs and offices filled with criminal businessmen. Streets of Rage, Shadowrun, Neuromancer & Blade Runner, for example. Well joining them, with an extra strong added dose of John Carpenter inspiration, comes HyperParasite, a twin-stick roguelike where you play as an amorphous blob which can take on the form of anybody unfortunate enough to get too close.

Troglobytes Games' HyperParasite is a top-down, roguelike shooter, but one with a major twist. You're a blob with the ability to steal away the form of those you consume, using them both as a human shield and also a weapon. Games of this genre sometimes, as with Gauntlet, give you a selection of classes to play as which you choose at the start of your run. Others instead offer you the chance to retool as you go, scavenging new weapons or learning skills as you go. HyperParasite is definitely closer to the latter, if you replace scavenging new weapons into taking on the forms of your foes by absorbing their matter.

I said earlier that there's a distinct John Carpenter vibe running throughout HyperParasite, it's true, it's true, it's true. The titular blob is like a soft take on The Thing's Starkiller, absorbing those around it including their abilities and knowledge. There's no time for subterfuge though, the streets are filled with thugs, heroes and villains. The characters range from newspaper slinging paper girls to salutes to Robocop and Big Trouble in Little China.

I've been playing through an early build of the shooter, working my way through the game's progression system, gradually pushing further and further. It's delightfully tough, with most enemy forms beyond your absorption when you start. Instead you need to defeat them in certain situations as to extract their brains — be that in large set pieces, or in the standard wave defence rooms. Once you've got the brains you need to find a store to begin the unlocking process — then funnel cash into their 'jar' until you've learned the DNA. It's an interesting way of gating progress, as the end of zone bosses are hard to defeat with the starting characters you can take on, but a lot easier once you can take on the form of the mid-bosses. 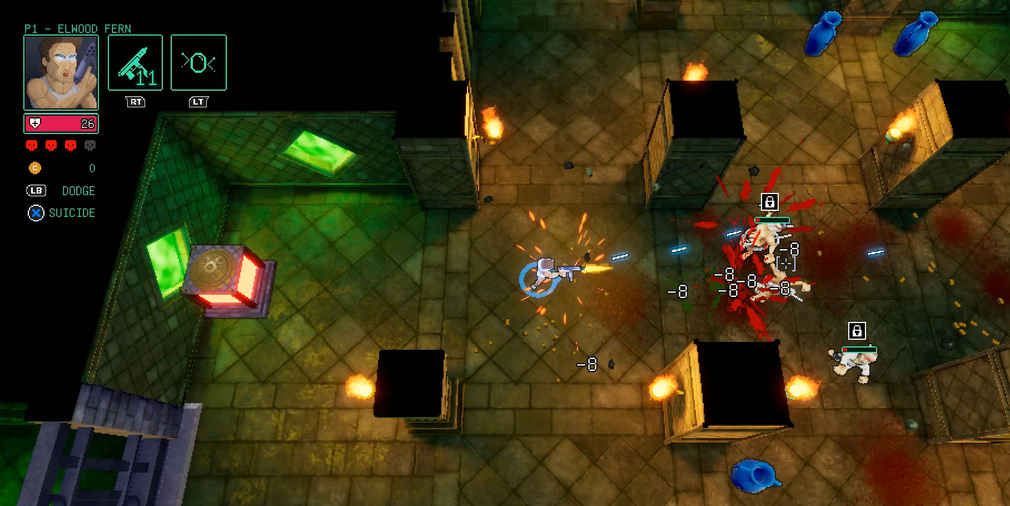 Once you do manage to make it through the first zone, which is 'city streets' based, there are a further four zones with their own characters. It's certainly not going to be easy to finish the game in one run, even if you have unlocked every character, but the procedural map layout keeps the zones fresh enough that I didn't mind throwing myself right back into it once I had fallen.

HyperParasite is currently expected to land on Nintendo Switch at some point later this year, we'll be sure to keep you updated on it as it gets closer to release.

Interested in hearing more about upcoming games? We have a section for that.
SEE COMMENTS

Harry Potter: Wizards Unite cheats, tips - How to use Portkeys and Portmanteaus