Following hot on the heels of its cracking Easter event, Joycity’s The War of Genesis received another update on April 29. That means more content for you airship captains to navigate. So what can you look forward to?

Since hero collecting is one of the most enjoyable elements of The War of Genesis, it’s welcome news when there’s a fresh face in Antaria. The latest character to add to your band of aerial buccaneers is Esmeralda, a saintly medic-magician who uses light as her weapon and shield. Having healed patients at her free clinic in the Geisir Empire, she’s now joining the fight against the dark forces. Saintess Esmeralda is a five-star hero who will likely be a useful support role in any battle.

Also new in this War of Genesis April update is a limit break for your six-star heroes. You can now upgrade their rarity to enjoy boosts to your health, defence and attack stats, as well as a new hero title. The sky’s the limit. 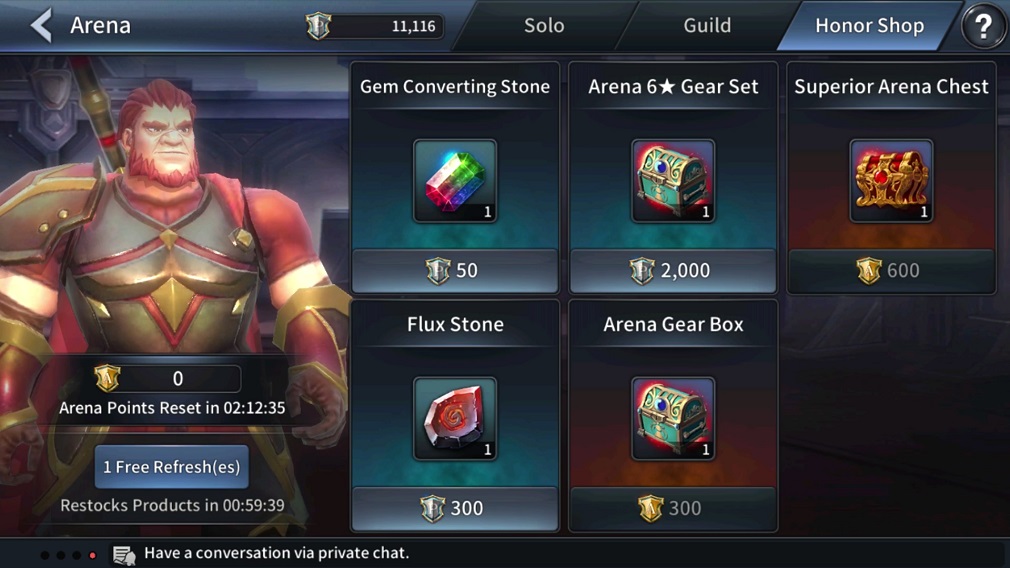 As an added incentive to test your heroes, you’ll now be rewarded with Arena Points when you win a battle in the Arena. This new currency can be exchanged in the Honour Shop for coveted rare items and equipment. You’ll have to spend the Arena Points you’ve earnt fairly quickly, though — unlike Honour Points, these will disappear after one day.

On top of the aformentioned, The War of Genesis has a new Ruins Conquest sub story to play through and has expanded the Admiral level cap has to 49.

Whether you’re new to this MMORPG from South Korea, or you’re a veteran of the skies over this treacherous continent, you can download the latest version of War of Genesis now for free on iOS and Android.